President Mary McAleese is to voluntarily donate to the State over 60 gifts she received during her 14 years in office.

The items have been independently valued at over €100,000.

According to the guidelines governing gifts outlined by the Standard in Public Office Commission, any office holder, apart from the President, has to return items valued over €650 back to the State.

The items Mrs McAleese will donate include a silver baluster-form jug which was given by Britain’s Queen Elizabeth.

It is engraved with an Irish harp on one side and the British Royal cipher on the other. It was specially commissioned and valued at €4,000.

Also included is the stainless steel sculpture of a dove which was received from US President Barack Obama, valued at €5,000.

Other items include gifts from Yasser Arafat, the King of Bahrain, the President of Israel as well as other presents from Irish groups and charities.

The pieces from President Obama and Queen Elizabeth will be housed in Áras an Uachtaráin and put on public display.

The rest of the items will be given to the Department of the Taoiseach where a decision will be made on where they will be housed. 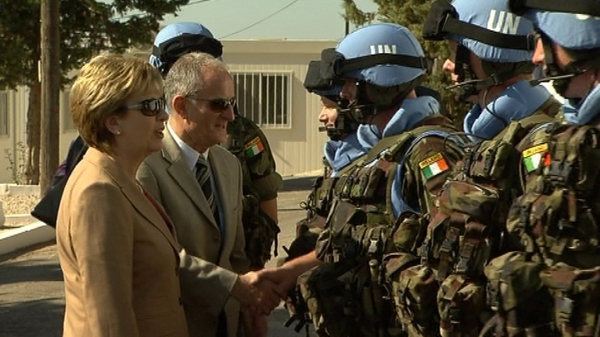