President Mary McAleese has concluded her final foreign tour as the Irish head of State.

The President met with Irish citizens living in Beirut at a reception hosted by the Irish ambassador to Lebanon.

It was the final engagement at the end of hectic three-day trip to the country, during which she met Irish troops serving with the UN mission.

She was accompanied on the visit by Minister for Justice Alan Shatter.

Mrs McAleese's very first official overseas trip was to Lebanon in 1997 and 14 years later this tour marked the end of her presidential duties abroad.

Mrs McAleese admitted this weekend that she would miss her time in office, and when asked if she had any advice for her successor, said she recommended getting a comfortable desk chair. 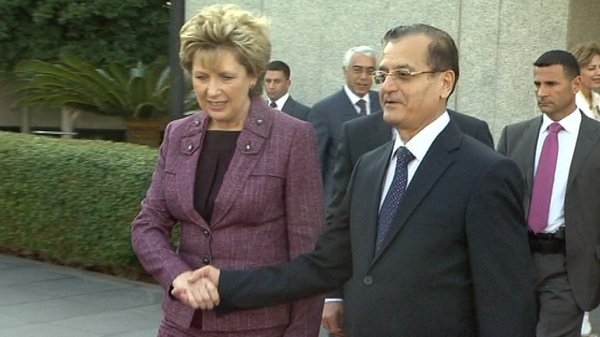