The High Court has refused to release Lawrence O'Mahony, one of two men named by Dublin City Council as developers of Priory Hall, from the legal proceedings being taken by the City Council.

Mr O'Mahony, who had an address at Shrewsbury Road in Dublin 4 but now lives in the UK, claimed he had no involvement in developing the apartment complex.

Earlier this month, about 240 residents were forced to move out of the complex in Donaghmede with many being housed in a Dublin hotel.

Mr O'Mahony said he had bought the land with Thomas McFeely but that it was Mr McFeely and his company Coalport who developed and built the apartments.

Mr O'Mahony has been declared bankrupt in the UK and has a deficit of £197 million - £178m of which is owed to the Irish Nationwide Building Society.

His lawyers said he could not comply with a court order to fix the problems at Priory Hall as he had no right to carry out works there and in any case he had no money.

Mr Justice Nicholas Kearns said he was not disposed to release Mr O'Mahony from the proceedings.

However, he said the District Court judge in proceedings earlier this year had differentiated between Mr O'Mahony and Mr McFeely and he proposed to also take account of the different reality of his position.

He said it was appropriate to bring the proceedings against Mr O'Mahony.

But he said he would not make any executive order against Mr O'Mahony - this effectively means he will not be in contempt of court if the works to remedy defects at Priory Hall are not carried out.

He lifted a freezing order on Mr O'Mahony's assets as they are the responsibility of the trustees in bankruptcy in the UK and he also ordered the return of Mr O'Mahony's passport.

He said he was doing this on his undertaking that he would make himself available to the court if required to do so.

Mr Justice Kearns will review the progress of the works to repair the problems at Priory Hall on Friday afternoon. 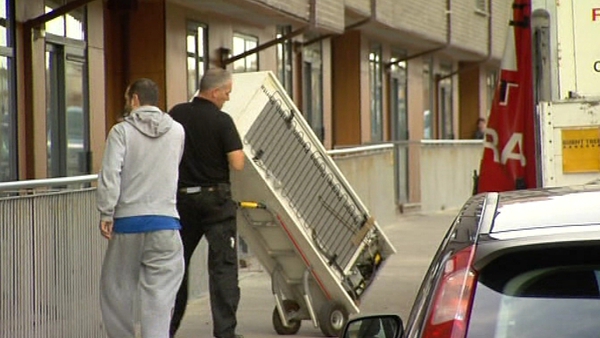