The High Court has ordered the evacuation of an apartment complex in Dublin because of serious concerns about fire safety.

Mr Justice Nicholas Kearns put a stay on his order until Monday, but ordered the fire service to maintain a presence at the complex over the weekend.

He said it was as grave a matter as he had ever seen in any court case.

The judge froze the assets of the developers until further notice and ordered that the papers in the case be sent to the office of the Director of Public Prosecutions before close of business today.

Dublin City Council had asked the High Court to evacuate the complex.

Fire Officer Donal Casey told the court that because of defects in the external walls of the Priory Hall complex in Donaghmede, fire could spread through an entire block within minutes.

Mr Casey also said the entire external wall of the development would have to be removed to fix the most serious problems. He said that part of the work would take around a month to complete.

He said a schedule of remedial works was originally agreed with the developers in December 2009 but it was never carried out.

There are 137 units occupied in the 187-unit development, which was built by development company Coalport Building Company.

Neither of the company's directors - Thomas McFeely and Lawrence O'Mahony - were in court.

A solicitor told High Court President Mr Justice Nicholas Kearns that Mr O'Mahony was in the UK and Mr McFeely was on his way back from Portugal.

Mr Justice Kearns asked what would happen to the owners and occupiers of the apartments. He said they were completely blameless.

He said it was extraordinary that Mr O'Mahony and Mr McFeely were not in the jurisdiction and had not given instructions to their solicitor.

Mr Justice Kearns has asked lawyers for Dublin City Council to find out what accommodation can be provided to those who will have to leave their homes. The judge said this was a very, very serious emergency.

He said he was disposed to grant the order sought by the city council but defer it until Monday.

However, the judge said he would be asking the Dublin Fire Brigade to maintain a presence at the development until Monday.

He said he did not want residents to be panicked or terrified. He added that they were being asked to pay an incredible penalty for something they had no control over. 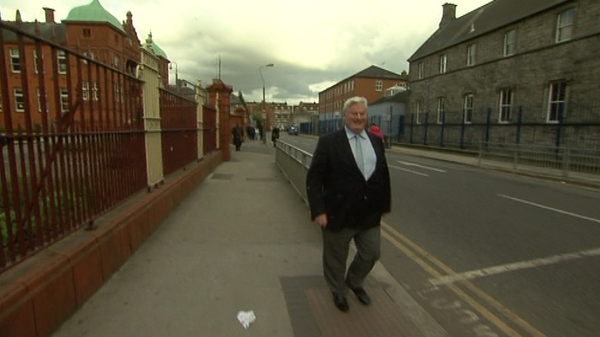