European Commission President José Manuel Barroso has set out what he has described as a road map to solving the eurozone debt crisis.

In a speech to the European Parliament, Mr Barroso said the solution comprised a recapitalisation of European banks, better and swifter measures to enhance EU economic growth and tougher surveillance of national budgets to ensure member states abide by fiscal deficit rules.

The overall solution also required steps to solve Greece's debt problems once and for all and to give the EU's existing bailout mechanism, the European Financial Stability Facility, more flexibility and firepower.

Mr Barroso said the entire package would be put to EU heads of government when they meet for a critical summit on 23 October.

He added that all of the elements of the solution needed were within reach if the political will among member states was there.

On banks, the Mr Barroso said that all systemically important financial institutions should have all their sovereign debt liabilities revealed and be subject to a higher capital ratio requirement, which would be in place temporarily.

Banks needing extra capital cushions should seek input from private investors first, followed by national governments and finally, as a last resort, from the EFSF.

Those who refused to put in sufficient capital should be prevented from paying bankers' bonuses, he said.

However, Mr Barroso declined to say by how much Europe's banks should be recapitalised, nor by how much the EFSF should be leveraged in order to give it sufficient firepower to prevent the crisis engulfing bigger economies such as Spain and Italy.

He said the next €8bn tranche from the first bailout for Greece should be released, and that a sustainable second rescue programme be put in place with the correct balance between public and private sector involvement.

How much burden sharing private creditors should endure in a second rescue for Greece is a key bone of contention between member states and the European Central Bank.

The July deal foresaw debt swaps and debt rollovers which would represent a 21% haircut for private investors, but since then there have been reports that some member states - such as Germany - would prefer a much higher haircut, perhaps as much as 60%.

The president of the commission, however, declined to say what kind of burden sharing he envisaged.

Mr Barroso said any treaty change should reflect the community method - in other words, it should strengthen the role of the European Commission rather than give greater decision making powers at an intergovernmental level.

But he warned against divisions between the 17 eurozone members and the ten countries out of the EU 27 who are not members of the single currency. 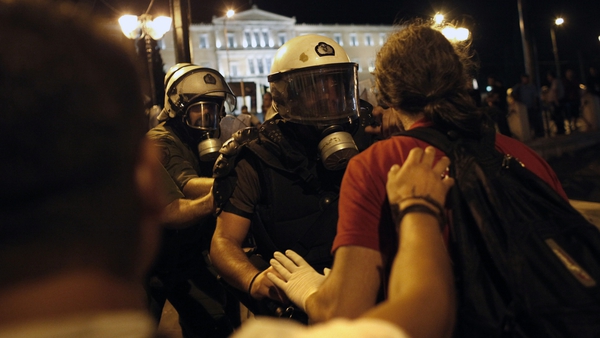 Greece will remain in eurozone - Barroso