European Commission President Jose Manuel Barroso has said Greece will remain in the eurozone - but must meet its reform commitments in full.

In an annual address to the European parliament, Mr Barroso countered persistent talk of Athens leaving the 17-nation eurozone, saying: "Greece is, and will remain, a member of the euro area."

"Greece must implement its commitments in full and on time," he stressed, pledging also that Europe would not let Athens down.

"In turn, the other Euro area members have pledged to support Greece and each other," he said.

"Today the Commission adopted a proposal for the Financial Transaction Tax. Today I am putting before you a very important legislative text," Mr Barroso said.

He said that over the last three years, members of the 27-nation bloc had granted aid and provided guarantees of €4.6 trillion to the financial sector in the aftermath of the 2008 global crisis.

"It is time for the financial sector to make a contribution back to society," he said.

The tax is opposed both by the US and by some countries within the EU, notably Britain which is home to some of the most important financial markets in the world.

On the commission's drawing-board for more than a year, the tax idea was given fresh impetus last month when given the nod by French President Nicolas Sarkozy and German Chancellor Angela Merkel.

Meanwhile, the yield on Irish Government ten-year bonds has fallen below 8% - its lowest level since November 2010, when the country entered the EU-IMF bailout programme.

The yield has been on a downward trend since late July - when it had reached just over 14%.

The improvement was sparked by a summit of Eurozone leaders on 21 July, which agreed a series of reforms to the operation of the single currency and an increase in the bailout fund available to support governments.

Markets have been investing in riskier asset classes in recent days, in anticipation of a definintive move by European governments to end the Eurozone crisis, and Irish bonds have also benefited from this move. 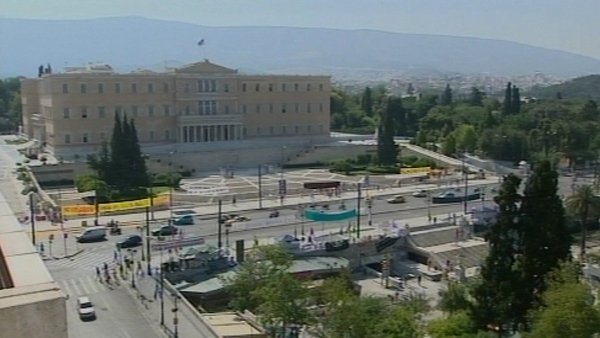