Presidential candidate Dana Rosemary Scallon has revealed that further allegations have been made against her family.

Ms Scallon announced the news during a debate on RTÉ's Prime Time tonight.

The former MEP read out a statement during the debate.

"It has come to my attention that yet further allegations, this time of a most untrue, malicious and vile nature, have been levelled against a member of my family," Ms Scallon said.

"Let it be known that lawyers have already been instructed to forensically investigate a particular communication disseminating this vile and false accusation, which attempts to implicate me and destroy my good character.

"We have now been advised that all possible lines of inquiry are being pursued with prosecution authorities in the United States.

"May I assure the Irish people that I will leave no stone unturned to expose the malicious intent at the heart of these untrue allegations."

Ms Scallon's campaign had previously been rocked by reports that she applied for and was granted US citizenship in the 1990s.

Ms Scallon's sister, Susan Stein, told a court in Iowa in 2008 that a decision was taken in 1997 not to make the fact public - because she said "it wouldn't look very good if the people of Ireland knew she was an American citizen".

The claims have been denied by Ms Scallon.

Robust questioning of the candidates

The debate began with robust questioning of each of the candidates - and ended with mystery over unspecified allegations.

The third of five Presidential debates was held in the Prime Time studio with Miriam O'Callaghan putting the questions, with sometimes heated results.

Martin McGuinness robustly denied that he knew who killed Private Paddy Kelly, whose son confronted him earlier this week.

David Norris said accusations against him of welfare fraud were "a lie".

Mary Davis said she had only served on three State boards, not the 25 some people claimed.

Seán Gallagher refused to say if he believed Fianna Fáil had let people down.

Asked if he believed in God, Michael D Higgins said he was a believer, but said he did not impose his personal spirituality on anyone.

Gay Mitchell said the Presidency was political, but angrily rejected charges that that meant party political.

Visibly upset, she declined to explain exactly what she was talking about and after the programme ended was comforted by fellow candidates. 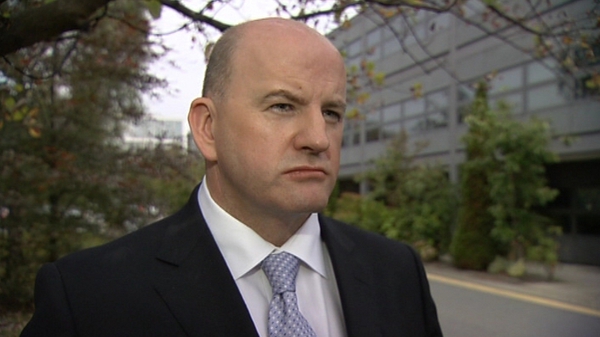