The seven Presidential candidates have taken part in a debate on TV3 tonight, which is the third major debate of the campaign.

The candidates had already taken part in debates on The Late Late Show and News At One on RTÉ.

There will be a further two televised debates before the election takes place on 27 October. TG4 will host one on 18 October before RTÉ's The Frontline holds the final televised debate on 24 October.

TV3 have said tonight's debate would be a "free for all", with minimal moderation from presenter Vincent Browne.

2220 McGuinness says he understands Prince Charles is interested in meeting with him.

2214 Asked about his "ambiguous" attitude to child abuse, Norris rejects that he has ever been ambiguous on the issue.

He says he abhors all forms of child abuse.

Norris says the people have moved on from the issue of his celemency letters.

He denies that he made up his assertion that he received legal advice not to publish the remaining letters.

He says there is no "howler" in his letters that he is trying to conceal.

2212 Norris says whoever wins should get the support of the other candidates.

He says mental health and awareness is a pillar of his campaign.

He says he comes from a mixed background but he would be proud to read the proclamation at the GPO on the centenary of 1916.

2210 Davis says suicide and mental health is an area that the candidates are unified on.

2207 McGuinness says there is the need for an All-Ireland approach to suicide prevention.

He says there needs to be cross-border cooperation on a wide range of issues.

He says he would like to be the President of the 32 counties, but not in a way that would be threatening to unionists.

He says he would like to see a decade of reconciliation beginning from 2012.

2206 Dana says suicide is on the rise because of the desperation people are feeling.

2205 Gallagher says the office of President is not the preserve of politicians.

He says he is an entrepreneur and says he was encouraged by Enda Kenny's focus on jobs during the General Election.

2201 Mitchell says the problems of suicide and poverty in the developing in the world need to be tackled.

He says we need to network properly in Europe to restore Ireland's economic health.

2200 Davis defends her salary of €160,000 from Special Olympics Europe. She says she works across 58 countries.

She says her leadership skills are why she has been asked to serve on so many boards.

2159 Norris thanks Higgins for his support in getting a Presidential nomination. He says he wishes there was a position of vice-president so they could serve together.

2155 Higgins calls on candidates to debate their values from now on. He says that Labour's proposals to review the Constitution is not a "conspiracy".

He says he is not proud of the tax amnesty approved while he was a member of Cabinet in a Fianna Fáil/Labour coalition.

He says Browne is wrong to say that he is not independent of mind.

2150 Dana had the least time in the first half. She says we want to be in Europe but not "controlled" by it.

She says there is an article in the Lisbon Treaty that allows it to be "self-amending".

People do not trust what politicians say anymore, she says. They need to know that the President will provide the balance lacking in the Oireachtas.

She says referring a bill is a core part on the Presidency.

2144 The debate stops for a commercial break.

2141 Gallagher says he is saddened by the "level and tone" of the debate so far. He says the election is about the future and not the past. He says the next President must deal with the relevant issues.

Gallagher says he has never made a secret of his links to Fianna Fáil. He says it would be wrong and shameful to demonise members of political parties.

2140 Mitchell says McGuinness made an enormous contribution to the peace process, but that there "would not have been a problem" without Sinn Féin/IRA.

2139 Davis says the election is not about advancing the fortunes of any political party.

2135 McGuinness and Mitchell clash again. McGuinness says he does not receive an MP's salary because he won't take an oath of allegiance to the Queen of England.

He says Fine Gael have attacked him in order to make Mitchell relevant.

He repeats that he left the IRA in 1974. He says his engagement with the IRA helped bring about the peace process.

Vincent Browne takes out a series of books which accused McGuinness of being in the IRA after 1974.

He asks how can he and the authors be wrong. McGuinness says there are inaccuracies in some of the books.

Vincent Browne says he "knows" that McGuinness was in the IRA well after 1974.

McGuinness says the Irish people are "not stupid" and says he will be judged on his record of the "miracle of Northern Ireland".

2130 Mitchell says we did not achieve sovereignty until we joined the European Union.

2128 Davis says she would work with the Government to introduce a National Citizens Award. She says philanthropy can play a part in these harsh economic times.

2126 Higgins says Labour is committed to a review of the Constitution. He says that changes are needed after 75 years and most reasonable people would accept that.

He says he disagrees with the age restriction of 35 on those wishing to run for President.

2125 Dana says people have lost trust in political leadership. She says the President can resist any bill that would transfer more power to Europe.

2122 McGuinness says we should be talking about the future. He says the issue of jobs will be critical.

He says he has been on trade missions to the United States, which have led to thousands of jobs in Northern Ireland.

2119 Gallagher wants a commitment that all leaflets will be sent in the one envelope to voters. He asks Mr Mitchell has he printed his leaflet. Mr Mitchell says he wants to create jobs.

2118 Mitchell says Ms Davis is wrong about what she thinks is the role of President. He says we need to stop the adversarial nature of the Oireachtas.

2117 Gallagher says his proposal to send a combined leaflet showed he can provide leadership.

2116 Davis says the President can bring influence and power to bear in a discretionary role. She would set up a number of conventions.

2115 Higgins says that the Irish people who voted for the bank guarantee will have to take responsibility for it.

2113 Scallon says the Presidency is the last stop between the people and decisions to take power away from their hands.

She says we need an independent candidate because of the imbalance of power in the country at the moment.

2111 McGuinness and Mr Mitchell clash over the former's salary last year. Mr Mitchell says his opponent put his money in a "propaganda machine".

Mr McGuinness says no-one has asked him about his IRA membership on the canvass.

2109 Norris says he, like Mr McGuinness, knows what it was like to be a second class citizen. Mr Norris says he is not foolish enough to let his salary disappear back into the Exchequer.

2108 Martin McGuinness says the election is about standing up for the people who are "suffering".

2106 Seán Gallagher says the campign should be focusing on the people at home. Michael D Higgins says the country has many "broken dreams" and we must now look to build on our strengths.

2105 Dana Rosemary Scallon says that while the candidate are talking about negative campaigning, there are people are at home in negative equity.

2102 Mary Davis says negative campaigning is not the way to tackle a campaign. She asks Gay Mitchell if Fine Gael was behind the research into her. He denies his party had anything to do with it.

David Norris steps in and insists that he will not be engaging in negative campaigning. He says he knows how to deal with it and it is a waste of time.

2101 Vincent Browne introduces the candidates quite irreverantly. He outlines the rules. There will be no statements and no "porky pies". 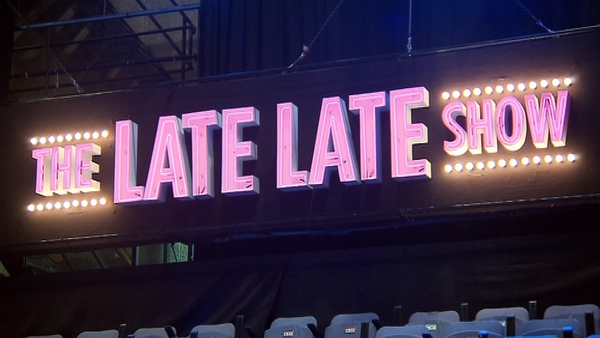