Libya's interim authorities say they have found a mass grave in Tripoli containing the bodies of more than 1,270 people killed by Muammar Gaddafi's security forces in a 1996 massacre at the Abu Salim prison.

A medical official said it may take years to identify the remains using DNA profiles from family members.

A spokesman for the Tripoli Military Council said investigators had found the mass grave about two weeks ago.

‘We are dealing with more than 1,270 martyrs and must distinguish each one from the other for identification by comparing their DNA with family members,’ said Dr Osman Abdul Jalil, a medical official. ‘It may take years to reach the truth.’

The uprising that toppled Gaddafi was ignited by protests linked to the Abu Salim massacre.

In February, families of inmates killed there in 1996 demonstrated in the eastern city of Benghazi to demand the release of their lawyer.

Human rights groups have estimated about 2,000 Abu Salim inmates were killed in the 1996 massacre.

Meanwhile, National Transitional Council forces are renewing their attack on Sirte, one of the last pro-Gaddafi strongholds. NTC fighters have surrounded the city and NATO warplanes are reported to be blasting targets inside. It is not known if Gaddafi or members of his family are in the city.

Gaddafi loyalists showed they were still a threat by attacking the desert oasis town of Ghadames, on the border with Algeria.

The interim government said the attacks had been repulsed but some reports said fighting was still going on. 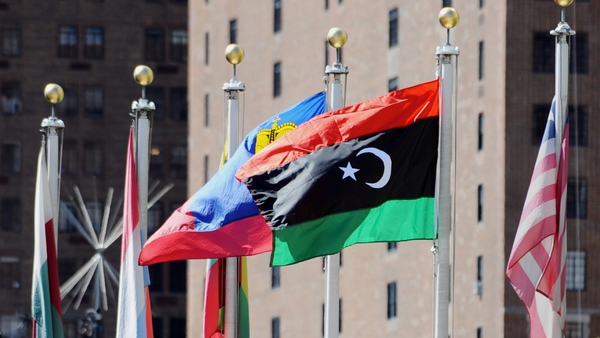 Gaddafi: My rule based on people's will