The proposed super-casino in Two-Mile Borris in Co Tipperary will not now go ahead.

Minister for Justice Alan Shatter said the casino at Thurles was "out" based on a decision at Cabinet yesterday.

He said there was no need for a resort style casino in Ireland and the Government would make provision for more modest casinos as exist at present in the country.

The Minister was announcing the preparation of a new gambling Bill, which he said would be published next year.

Taoiseach Enda Kenny said the Cabinet was concerned about the protection of young and vulnerable people in the gambling area.

He said the legislation being brought in by the Minister would ensure there was proper regulation of smaller, well-controlled casinos.

A spokesperson for the promoter of the Tipperary Venue, Richard Quirke, said Mr Quirke is due to meet his team in the next few days.

They will assess Minister Shatter's statement and the impact it will have on the venue. He will make a statement in due course.

Last June, An Bord Pleanála gave the go-ahead for a casino, 500-bedroom hotel and racetrack complex at Two-Mile Borris in Co Tipperary.

The Cabinet's decision has been welcomed by An Taisce, which had been opposed to the scale of the development.

Mr Quirke said at the time that the development advanced the implementation of his vision and ambition for the site.

He said he had instructed his design team and management to proceed to the next appropriate stages of the development.

Independent TD for Tipperary North Michael Lowry, who backed the complex, said he was surprised and disappointed by the decision.

Mr Lowry said the project had the potential to create 2,000 long-term jobs and that the developer would now have to consider whether the project was viable or if it could be rolled out on a phased basis.

The proposed legislation will allow for a limited number of "modest" sized casinos.

This has been welcomed by Private Members' Card Clubs which are currently unregulated.

They say it will help them attract more tourists and will allow club owners to invest in the long term development of their business.

The new legislation will also ban fixed-odds betting terminals and will give customers greater entitlements.

But the biggest developments will be the regulation of online gambling and measures to tax internet and other forms of remote betting.

Paddy Power, the largest online gambling operator based in Ireland, said its waiting for more details of the measures.

But it said it hoped that any taxation would be applied to all operators and not just those based in Ireland because it said this would be a tax on Irish jobs. 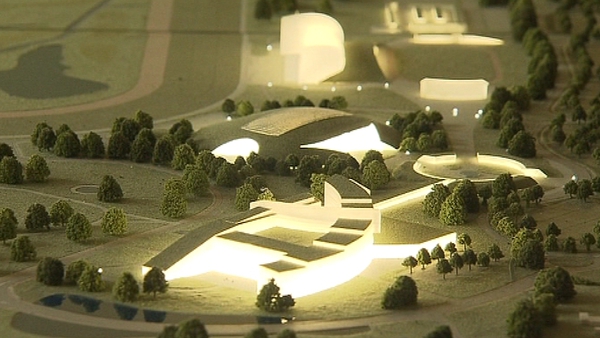