An Bord Pleanála has given the go-ahead for a casino, 500-bedroom hotel and racetrack complex at Two-Mile Borris in Co Tipperary.

However, the board refused permission for a 15,000-seat music venue at the site.

Mr Lowry said it would bring major investment and jobs to the area. The project is also supported by a number of major horse breeders in the Munster region.

In a statement, the project's promoter Richard Quirke said he welcomed the decision.

A former Garda from Thurles, Mr Quirke is well-known within the gaming industry and runs a number of casinos in Dublin, as well as Dr Quirkey's Good Time Emporium.

He said it advances the implementation of his vision and ambition for the site.

Mr Quirke said he has instructed his design team and management to proceed to the next appropriate stages of the development.

A number of local people, as well as An Taisce, had opposed the plan.

An Taisce said its scale and size would have significant environmental and economic consequences for the area and for other racing venues in Munster.

In a statement today, An Taise said An Bord Pleanála 'have failed to meet the requirements under EU law for evaluating projects under the Environmental Impact Assessment Directive.

'In particular the issues of event capacity and traffic management are left unresolved.'

Meanwhile, an organisation representing opponents to the development of casinos in Ireland has said it is very disappointed with the An Bord Pleanála decision.

Ireland Against Casinos, which was set up in 1995 to oppose the development of a casino at the Phoenix Park racecourse, said the decision was a very retrograde step.

A spokesperson for Gamblers Anonymous said the organisation views the decision with extreme concern in light of the huge upsurge in gambling addiction problems in this country.

Reacting to An Bord Pleanála's decision, the Department of Justice said that a paper entitled 'Options for Regulating Gambling' was published by it last December.

The paper represents the culmination of the public consultation phase of the department's review of gambling, it said in a statement.

The department added that the minister is considering whether the proposals outlined in the paper represent the best choices in terms of settling a revised regulatory architecture for gambling into the future.

The department concluded by saying that any legislative proposals arising from the minister's examination and subsequent discussions at Cabinet will follow in the normal course.

The organisation representing the private members' clubs that provide casino services has described today's decision as pre-emptive, given the absence of legislation allowing and regulating large resort-style casinos.

The Gaming and Leisure Association of Ireland also expressed doubt about whether, given the economic climate, a resort-style casino in Ireland would be able to sustain itself.

David Hickson of the GLAI said business at private member club casinos in Dublin and other main cities was already down 33%.

He said 20,000 people a week would be needed to make the project viable, but yet the Tipperary facility would not be near an airport.

Mr Hickson said that Ireland does need to have an offering for tourists coming here. But he added that tourists will not come to Ireland just for one resort-style casino, but would go Macau or Las Vegas instead, where there is choice.

Mr Hickson also described as not ideal, the absence of regulation of the casino industry in Ireland.

He said it creates business uncertainty for those in the gaming industry who would like to have very strict regulation to enhance their reputation, and ensure consumers are protected. 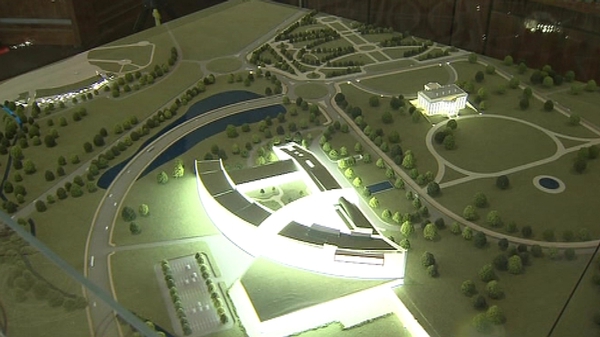 An Taisce against planned 'Tipperary Venue'