Sinn Féin is expected to put Martin McGuinness forward as its candidate in the Presidential election.

The move has been approved by the party's officer board and is expected to be ratified at a meeting of the party's Ard Comhairle on Sunday.

It is understood the decision was mulled over at the highest ranks within Sinn Féin for several weeks.

The Derry born 61-year-old has been in the United States since Sunday with Northern Ireland First Minister Peter Robinson and will not return until tomorrow.

He has had a number of transatlantic calls with Gerry Adams and others and that is how he confirmed his availability to contest the election.

It is understood that Mr McGuinness told Mr Robinson of his intention to step aside from his position in the Northern Ireland executive in order to contest the Presidential election.

Sinn Féin will likely appoint someone to temporarily fill the vacancy and then review the situation after the election.

Last year Mr Robinson temporarily stood down from his role as first minister to address charges of financial irregularities.

He was replaced by party colleague Arlene Foster and returned to his first minister position after six weeks.

"This is a time of great challenge for all the people of Ireland. We need positive but authentic leadership. It will be a great honour for me to propose Martin McGuinness to contest this election on a broad, republican, citizen-centred platform," said Sinn Féin President Gerry Adams this evening.

“I believe that this election will give Martin the platform to continue the work which he has led in the North and in the peace process and to put it on a national footing."

Elsewhere, Senator David Norris said that he hopes to re-enter the Presidential race but his ability to do so depends on his ability to get enough support from members of the Oireachtas.

Speaking on RTÉ's Late Late Show Senator Norris declined to say how many TDs and Senators are backing him when asked, saying it was "a game of poker".

He said he did not know if the people wanted him to be President but he thought they should be given the chance to decide.

Mr Norris had pulled out of the race in August over a controversy concerning his former partner Ezra Nawi.

The Fianna Fáil parliamentary party is to decide on Tuesday whether to allow TDs and Senators to nominate candidates.

Senator Labhrás Ó Murchú sought support from his colleagues to run as an Independent.

Speaking on Morning Ireland, Senator Ó Murchú said that he decided to run because he "felt that the actual campaign was turning into a circus."

The Co Tipperary native said that he had been approached during the summer about running, but a more substantive effort was made to put him forward last week.

"Last week then I had some approaches from people, both inside and outside Fianna Fáil, asking me to go forward because they felt the more representative views that were brought forward in the campaign, the more beneficial that would be to the office of the Presidency," Mr Ó Murchú said.

When asked why he was opting to run as an Independent rather than under the Fianna Fáil banner, he said that Fianna Fáil had already made a decision not to nominate a candidate. Mr Ó Murchú said that decision could not be reversed.

The backing of 20 members of the Oireachtas is needed to get on the Presidential ballot paper, which makes the signatures of the 33 Fianna Fáil TDs and Senators very valuable indeed.

The party will not be nominating a candidate of its own, but now it is coming under pressure to use those signatures to nominate Independent candidates. 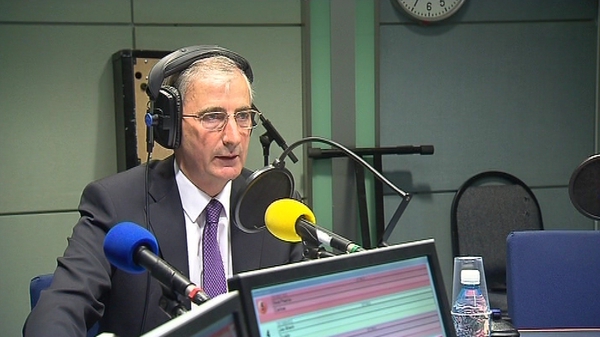