Fine Gael Presidential candidate Gay Mitchell has said he is not disappointed by yesterday’s opinion poll, which showed him in joint third place.

However, Mr Mitchell said he disagrees with views expressed by poll topper Gay Byrne in recent days, especially in relation to the European Union.

In yesterday's Red C poll for Paddy Power, Mr Mitchell got 13% support, compared to 28% for Gay Byrne and 21% for Labour's Michael D Higgins.

But Mr Mitchell said the election campaign has not started yet, and that the results of opinion polls wax and wane.

He said poll figures should be compared to polls at the same stage of the last Presidential election 14 years ago.

Asked about the potential candidacy of Gay Byrne, Mr Mitchell said the broadcaster was entitled to run but he said that anybody entering the race needs to 'know the difference between poacher and gamekeeper.'

Mr Mitchell said he did not agree with Mr Byrne's comments that 'mad men' were running the EU. He said the current and previous secretaries-general of the EU are both Irish.

He said that while he had not always been uncritical of the EU, he insisted that Europe has been good to Ireland.

'We have to stop putting the blame for our problems somewhere else and take responsibility.'

The Fine Gael candidate said that he would hope to do something about what he called the 'brokenness' in society.

Asked about the controversy which drove Senator David Norris out of the Presidential campaign, Mr Mitchell insisted he personally never intervened in a case while it was being heard by a court.

Senator Norris pulled out of the election after coming under intense political and media pressure for previously seeking clemency for his former partner when he was facing trial for the statutory rape of a 15-year-old.

Mr Mitchell was asked by a listener if he thought there was a double standard applied to Mr Norris in relation to using political office to make representations on behalf of others.

The question related to a letter Mr Mitchell wrote in 2003 seeking clemency for an anti-abortionist man who was on Death Row in Florida.

Mr Mitchell’s letter - which was written when he was Fine Gael’s spokesman on foreign affairs – asked that Paul Hill, a former Presbyterian minister, not be subjected to capital punishment.

‘To ask for somebody not to be put to death… that’s something I do all the time… I think the death penalty is barbaric.’ 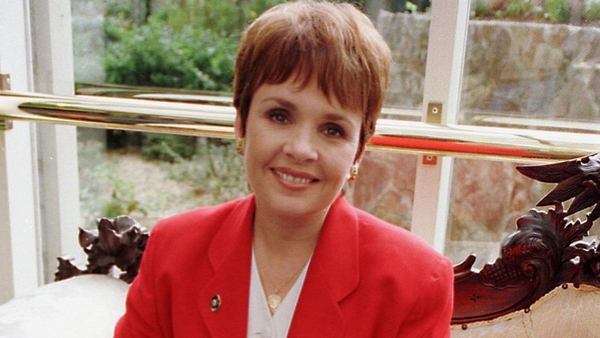