Mr Higgins is now leading with 36%, but his vote has fallen slightly from last month's poll - especially among older people.

Gay Mitchell is next at 24%, Seán Gallagher is on 21% with Mary Davis following closely behind at 19%.

Ms Davis is the candidate who made most gains this month.

However some 33% of voters currently do not know who they would vote for, suggesting there is room for another candidate to enter the race.

The poll was conducted in the first three days of this week.

63% of those polled said they believe it is important for Ireland to have an elected President.

Asked about debt forgiveness, 84% said the State should provide some form of it, with the largest proportion - 54% - saying this should be strictly based on means testing of ability to pay.

Higgins happy with reaction on ground

Meanwhile, Labour Presidential candidate Michael D Higgins has said he is "happy to see a certain consistency" between the reaction he is getting on the ground and the opinion polls.

Mr Higgins was speaking before the publication of the latest opinion poll results.

At a news conference in Dublin, he spoke about his trip to London to meet emigrant groups over the last two days.

He said he expected the groups to make submissions to the forthcoming Constitutional Convention about giving emigrants a say in the choice of President, saying the issue must be part of the Convention's work.

Asked about the possibility of David Norris re-entering the election, Mr Higgins said he was concentrating on his own campaign, but said he regretted the pain Senator Norris must have suffered when he withdrew his candidacy last month. 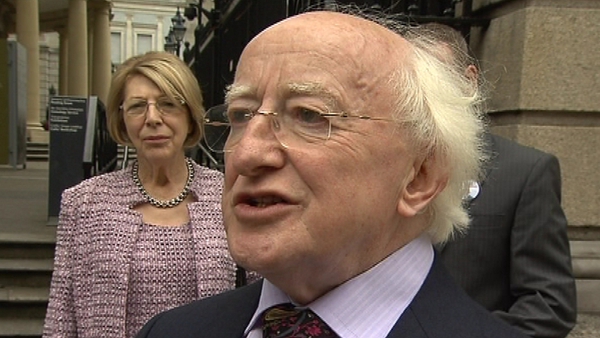