A report into the circumstances that led to the failed transportation of a Leitrim girl for a liver transplant in London in July has concluded no one person or agency was in charge of organising arrangements. It says the system was not reliable.

At 11.30pm on 2 July, 14-year-old Meadhbh McGivern and her family were ready to board a Coast Guard helicopter at Sligo Airport to fly to London for a life-saving liver transplant for Meadhbh.

The family had travelled to Sligo, from their home in Ballinamore but the flight was stood down, as it was too late for the surgery.

The Health Information and Quality Authority report into the incident, published today, says several key pieces of information were not provided on the night, including that it was a non-heart-beating donation - so time was of the essence.

It also found the required arrival time at King's College Hospital in London and the earliest time of arrival of the Sligo Coast Guard Helicopter was not provided.

The report says it is impossible to predict what would have happened, if key pieces of information had been provided, if Meadhbh had made progress towards Dublin and if the HSE National Ambulance Service had been told a fixed-wing Air Corps aircraft was in Baldonnel at 10.30pm.

The report says those involved in attempting to get Meadhbh to London engaged in desperate means to do so but in the absence of any organised system.

It says the circumstances that contributed to the failure were: the decision made at 7.45pm for Meadhbh and her family to remain at home and not travel to Dublin; the decision made between 9.45pm and 10pm to cancel a private air charter organised by Our Lady's Children's Hospital in Crumlin and to accept the Sligo Irish Coast Guard Helicopter and that at 9.45pm the HSE National Ambulance Service did not consider reverting to the Air Corps to check the status of the fixed-wing aircraft.

According the report, at 7.45pm the McGivern family were told to stay at home by the private sector provider, the Emergency Medical Support Services (EMSS) while transport was organised.

Later they were told to go to Sligo Airport, however no travel time had been confirmed at this point by the Irish Coast Guard.

At 11.15pm, when a four-hour transfer time was confirmed by the Irish Coast Guard, no contact was made to advise the HSE National Ambulance Service to revert to the Air Corps to check the availability of a fixed-wing aircraft.

A fixed-wing aircraft was in Baldonnel at 10.30pm.

The co-ordination system involved a large number of bodies, including the private sector Emergency Medical Support Services, Our Lady's Children's Hospital in Crumlin, the Air Corps, the Irish Coast Guard and King's College Hospital in London.

The report calls on the HSE to establish a 24-hour National Aeromedical Co-ordination Centre to manage the system.

Minister for Health Dr James Reilly welcomed the publication of the report and said a case like Meadhbh McGivern's must never be allowed to happen again.

He said he looked forward to the establishment of a National Aeromedical Co-ordination Centre and was 'confident that it will produce an effective and pragmatic implementation of the report's recommendations'.

The HSE and Our Lady's Children's Hospital, Crumlin, said they fully support the recommendations made and said they will work to implement the changes.

Robert Morton, Director of the HSE National Ambulance Service, said they are working with all agencies to revise the existing protocol for Patient Transfers, ensuring that arrangements are strengthened in the interim.

1920 King's College Hospital telephone Meadhbh's mother Assumpta advising them they should get to the hospital as soon as possible, as there is a potential non-heart beating donor liver available.

1930 Meadhbh, her mother and father are in Ballinamore in Leitrim ready for departure with a driver and a garda escort in place. The Emergency Medical Support Services advises the family to stay put, while air travel is organised.

2200 The family is requested by the EMSS to travel to Sligo Airport to board an Irish Coast Guard helicopter. At the time, there was no travel time confirmed by the Coast Guard. The HSE National Ambulance Service estimated the travel time to London at 90 minutes.

2300 In Sligo, the Coast Guard crew advise that the take-off time will be 11.30pm, with an estimated four hours' travel, to include two stops for refuelling.

The EMSS is told that the new estimated time of arrival for Meadhbh at King's College will be 4am.

2323 Family are in life jackets read to board the helicopter. EMSS calls to say King's College is standing down the trip as it required Meadhbh to be at the hospital before 2am if the transplant surgery was to go ahead. 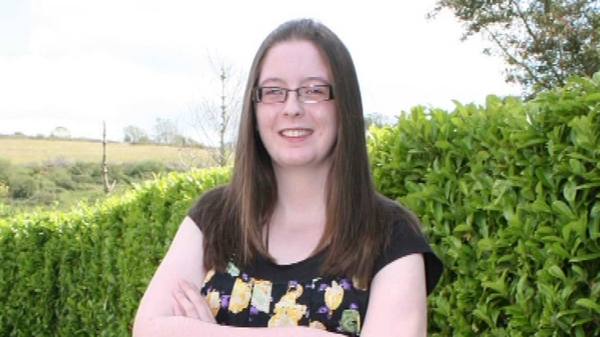