Minister for Health Dr James Reilly has apologised to the family of a Leitrim girl over confusion that led to her not being able to fly to a London hospital for a liver transplant.

The Health Minister has said he has asked the Health Information and Quality Authority to investigate the matter and to make recommendations to ensure it never happens again.

Dr Reilly, who has spoken directly to the family concerned, said he was not interested in the blame game.

Meadhbh McGivern, 14, was prevented from receiving a liver transplant because of a delay in aircraft availability.

There is confusion over what caused the delays in finding an aircraft, which led to the teenager missing the deadline for her surgery.

The Department of Transport said the Coast Guard received an 'exploratory call' from the Health Service Executive at 7.10pm on Saturday, asking if it might be able to help, but the Coast Guard told the HSE no aircraft was available at that time.

The Department said the Coast Guard then got a second call from the HSE at 8.50pm, formally requesting assistance.

The HSE said it formally requested assistance from the Coast Guard just after 8pm.

The Coast Guard said that after the formal request, it made arrangements to use the Sligo-based helicopter and confirmed this with the HSE before 10pm.

It is not clear if the Sligo helicopter had been available any earlier than this.

The HSE also requested assistance from the Air Corps, but the on-call helicopter was being used to transport another patient.

The Air Corps says it offered the use of a G4 fixed-wing air ambulance, due to land in Baldonnel at 10.30pm, but this offer was declined.

The Taoiseach has said that as a parent he was distraught at the tension and apprehension felt by the McGivern family.

Enda Kenny said it must have been a source of absolute consternation to them.

The air transfer was co-ordinated by a private company, Emergency Medical Support Services, contracted by Our Lady's Children's Hospital in Crumlin.

EMSS has also given its version of events and said that it would be possible for such a situation to arise again.

EMSS said that at 7.31pm it received a pager call from King's College Hospital in London about the case and subsequently advised HSE ambulance control at 7.46pm.

The company said that it called the patient's guardian after calling ambulance control.

At 8pm, EMSS was advised by HSE ambulance control that no Irish Air Corps or Coastguard aircraft or helicopter were available for the transfer.

Four minutes later the UK air ambulance agent and the RAF told the hospital that it had sourced an aircraft but were waiting on funding approval for its use.

EMSS also attempted to contact a private company in Galway.

At 9.27pm EMSS was told by ambulance control that the Irish Coastguard helicopter in Sligo was looking hopeful.

At 10.03pm the McGivern family were advised to go to Sligo Airport, according to EMSS.

Speaking today, Meadhbh's father, Joe, has said he does not want to lay blame, but wondered if the family got a second call from London would the same thing happen again.

On RTÉ's Morning Ireland, Mr McGivern said he had not received any call from the HSE explaining the reason why his child could not be flown to London. 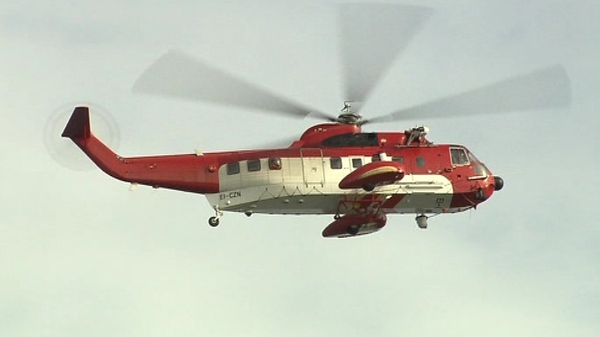