A French court has ordered an investigation into the role of IMF head Christine Lagarde in a settlement paid to a businessman friend of President Nicolas Sarkozy when she was finance minister.

She has denied any misconduct in her approval of a €285m arbitration payout to Bernard Tapie in 2008 to end a long-running legal dispute with a former state-owned bank, but the decision to investigate her role in the affair could cast a cloud over her position.

'We have come out in favour of an investigation concerning Madame Lagarde,' court official Gerard Palisse said after the Court of Justice of the Republic, a special tribunal that can judge ministers, met to examine the results of a preliminary probe by judges.

Yves Repiquet, a lawyer for Ms Lagarde, told France's BFM TV that she had received the news calmly and even with relief.

The decision followed months of speculation over whether a complaint brought by opposition Socialists over the case would end up in an inquiry.

'This procedure is in no way incompatible with the current functions of the managing director of the IMF,' Mr Repiquet said.

Ms Lagarde, who was a corporate lawyer before joining the French government, is tasked with turning the page at the IMF after her predecessor Dominique Strauss-Kahn quit after being charged with trying to rape a New York hotel maid.

She could now be called for questioning by the investigating judges in a process that could run on for months or even years.

'An investigation could take a very long time, one could expect it to take several years as there would be a lot of witnesses to interview, among them Madame Lagarde, who could also be investigated as a suspect,' Virginie Duval, general secretary of France's USM magistrates union, told Reuters.

The prosecutor who pushed for the probe accuses Ms Lagarde of abuse of authority when she overruled objections from advisers to settle the case with Mr Tapie.

He claimed Credit Lyonnais bank defrauded him in the 1993 sale of his stake in sports clothing group Adidas. 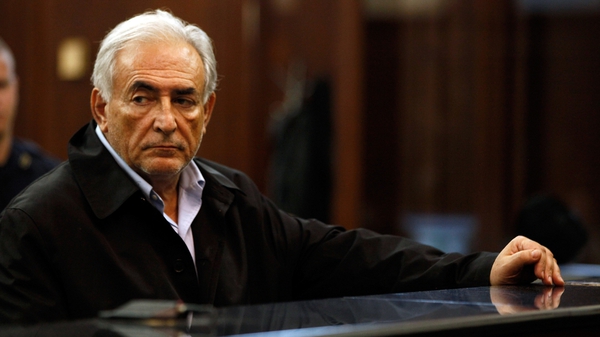