Minister for Finance Michael Noonan has said that eurozone countries have agreed to keep funding Ireland beyond 2013 if it is not able to tap debt markets.

'There is a commitment that if countries continue to fulfil the conditions of their programme the European authorities will continue to supply them with money even when the programme is concluded,' Noonan said on RTE's News at One.

‘That takes the whole issue of a second bailout for Ireland off the table,' he added.

Mr Noonan said the changes that have now been negotiated will make Ireland's rescue programme more sustainable in the long-term, but he ruled out easing cuts and tax increases in December's Budget as a result of the revised measures.

Ireland gets it bailout money from four sources - the IMF, the European Commission, the European Financial Stability Fund and a number of bilateral loans.

Last night the EFSF agreed to cut the interest rate for Ireland and the Government is hopeful that the lending from the European Commission will be cut too.

That will require a meeting of the 27 EU member states. If that happens, it will deliver the savings mentioned by Taoiseach Enda Kenny of between €600m and €800m per annum, but it will require the second fund to cut its interest rate.

Separately British Chancellor George Osborne has proposed a reduction in the interest rate of the UK's bilateral loan to Ireland, which would bring it slightly below the EFSF's new rate.

In a statement Minister Noonan welcomed the announcement and said it reflected the important economic relationship between Ireland and Britain.

On RTÉ's News at One Minister Noonan said the total saving for Ireland will be €900m per annum if alo the countries which have given Ireland bilateral loans cut their rates.

The next interest payment is in December, so Ireland wants an agreement before then.

The interest rate cut will apply to money already drawn down, not just future loans.

This means the reduction is retrospective, although there has already been interest rate payment at the higher rate although these are small in the context of the future payments.

Following the deal the cost of borrowing for Ireland on the markets has fallen from 14% to 12% today.

Borrowing costs for Italy and Spain have also dropped but observers remain cautious on the final ramifications of the deal.

Minister of State for European Affairs Luicinda Creighton has said it is irresponsible for people to say that Ireland is going to default on its debts.

She was responding to comments made by Independent TD Shane Ross who said a rubicon had been crossed in terms of Europe.

Deputy Ross said that default was now on the agenda and a reality - despite spending months pretending otherwise.

The deal will see Ireland have its interest rate reduced to between 3.5% and 4% and the period for repaying the loans has been extended to 15 years.

Irish officials said this could save the State between €600m and €700m a year over the duration of the programme.

Earlier, Taoiseach Enda Kenny said the debt burden on the Irish people has been made lighter by the deal and it came with no strings attached.

Fianna Fáil Finance Spokesman Michael McGrath said the measures will benefit Ireland but the Government needs to clarify any commitment to engage in discussions, with our EU partners, on corporate tax harmonisation.

However, Sinn Féin's Finance Spokesman Pearse Doherty described the agreement as a missed opportunity and said that it will do little to reduce the State's growing debt burden.

Mr Doherty said the only way to reduce the debt is by burden sharing with senior bondholders and loss sharing with the European Central Bank.

Elsewhere, SIPTU leader Jack O'Connor said last night's deal would mean nothing to Irish people if the Government continued to plan €3.6bn in cuts in the next Budget and failed to promote jobs and growth.

Meanwhile, EU officials expect any selective default of Greek bonds to be reversed within days.

It is thought that Greece's privatisation will raise only €28bn, not €50bn as originally envisaged.

The €45bn left over from the first bail out package is not included in the €109bn figure. 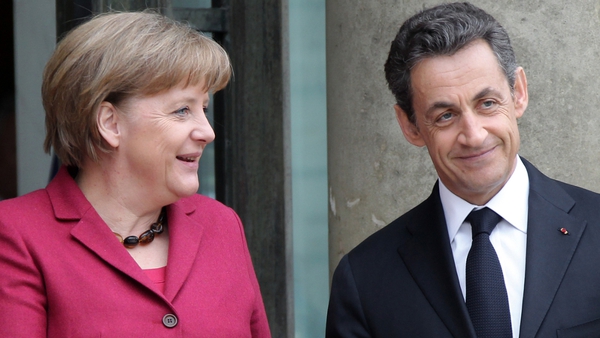 Options being considered by eurozone countries