Pressure is mounting on European leaders to reach an agreement that would deal effectively with the eurozone debt crisis and restore calm to the international markets.

European officials are reported to be working on proposals that would ease problems faced by Greece ahead of tomorrow's emergency summit.

Markets appear to think that an imminent default by Greece is less likely and the pressure on Italian and Spanish bonds has eased.

The options being considered by the eurozone countries are becoming a little clearer today.

European Commission President José Manuel Barroso said a deal would have to improve the sustainability of Greek debt, strengthen the banks and secure involvement from the private sector.

The IMF said yesterday it wanted the euro bailout fund to be beefed up and that it be allowed to buy bonds on the secondary markets.

According to Mr Barroso, both proposals may be workable.

He said the eurozone faces a 'very serious situation' and laid out what he sees as the minimum that must be done at tomorrow's summit.

'It requires a response, otherwise the negative consequence will be felt in all corners of Europe and beyond,' Mr Barroso said.

'The minimum we must do tomorrow is to provide clarity on the following: measures to ensure the sustainability of Greek public finances; feasibility and limits of private sector involvement; scope for more flexible action through the European Financial Stability Facility; repair of the banking sector still needed; and measures to ensure the provision of liquidity to our banking system.

'There should also be a clear and unequivocal signal that the Council will conclude the economic governance package with the European Parliament.'

The Chancellor also spoke to US President Barack Obama and the two leaders agreed that an effective solution was critical for the world economy.

She has already said the summit would not produce a 'spectacular' knock-out blow to the eurozone sovereign debt crisis.

She said there should be a controlled and manageable process of successive steps and measures with the one purpose of finally getting to the root of the problem.

Minister for Finance Michael Noonan has said the Government was optimistic of getting approval on a range of goals for Ireland, including a reduction in the interest rate on Ireland's loan, which are now part of a policy document to be considered at tomorrow's meeting.

Taoiseach Enda Kenny has also said that the summit will not provide a final solution to the eurozone's problems.

He said: 'The crisis in the euro area will not be resolved overnight. There is no one magic solution or silver bullet.

'At our meeting tomorrow we will consider important proposals, but there will be further meetings and further steps to be take before we are out of the woods.'

Earlier in the Dáil, the Taoiseach responded to Fianna Fáil leader Micheál Martin, who asked what Ireland would be seeking at the summit.

Mr Martin again accused Mr Kenny of not engaging with other eurozone leaders in advance of tomorrow's meeting.

The Taoiseach said he would not be engaging in the type of 'telephone diplomacy' that got the country into 'the mess it is in'.

Mr Adams said Ireland could not afford the payment and accused the Taoiseach of taking €700m from the health services and paying it to unguaranteed bondholders in Anglo.

He said the Dáil could not afford to ignore the social consequences of the decisions the government was making.

He asked the Sinn Féin leader how he would propose to close an €18bn deficit if, as he proposed, the Government walked away from the deal it had signed up to. 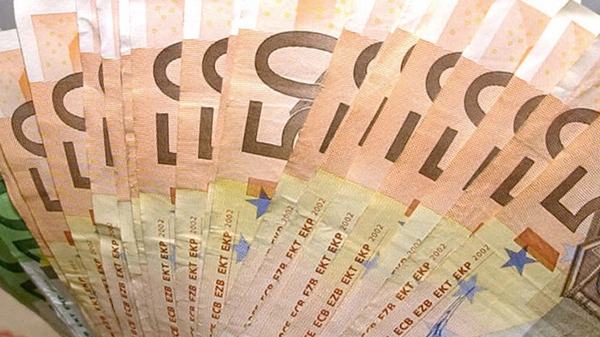