President Mary McAleese was among hundreds of mourners at the removal of former finance minister Brian Lenihan.

Under military escort, with a guard of honour from former Fianna Fáil party colleagues and draped in the Tricolour, the coffin holding the 52-year-old was brought to St Mochta's Church in Porterstown.

Mr Lenihan's funeral takes place at 11am tomorrow, when President McAleese and Taoiseach Enda Kenny will lead thousands of mourners from the local constituency and the world of politics and law, including Chief Justice John L Murray.

Thousands of people queued over the weekend and yesterday to pay their respects at Mr Lenihan's office in Castleknock and also at Government Buildings, following a request to open a book of condolence from the Taoiseach.

Mr Lenihan's coffin was brought from Jennings Funeral Home in Blanchardstown village to the small chapel under military escort.

The Defence Forces had offered to support the family and Fianna Fáil party in making the funeral arrangements.

The flag the coffin was draped in will be folded and presented to family members as the respected minister is laid to rest tomorrow.

Three large spillover areas are expected to be filled for the service, including two marquees and the local community centre where the funeral will be relayed. 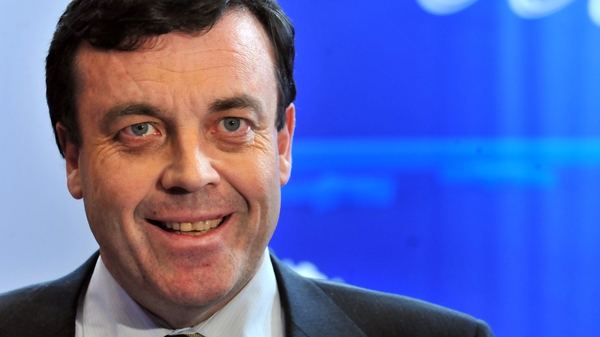