Sinn Féin President Gerry Adams has confirmed that former IRA members have provided information to the tribunal set up to investigate the fatal shootings of two RUC officers on the road between Dundalk and Newry in 1989.

This is the first time that Republicans have co-operated with a tribunal in the Republic of Ireland.

It may re-open the debate about whether some form of truth commission should be established to investigate some of the thousands of murders that took place during The Troubles.

The tribunal under retired President of the District Court, Judge Peter Smithwick, was established by the Government.

It is investigating whether members of An Garda Síochána or other employees of the State colluded in the fatal shootings of RUC Chief Superintendent Harry Breen and RUC Superintendent Robert Buchanan on 20 March 1989.

The two RUC officers were ambushed and shot dead by an IRA gang near Jonesborough as they travelled to Northern Ireland following a meeting with senior garda officers at Dundalk Garda Station.

In a statement, Mr Adams said it was his understanding that the former IRA members 'were in a position to answer all questions about the IRA action in which the two RUC officers were killed'.

The Taoiseach has described Mr Adams' statement about co-operation with the Tribunal as 'important'.

He urged the party to continue making efforts to have former members of the IRA co-operate with investigations into other events.

It is expected that more information about what transpired will be provided during later sessions of the tribunal.

Judge Smithwick was told today by tribunal counsel Mary Laverty that over 200 people had been interviewed over the last number of years.

This number included members and former members of the gardaí, the RUC, the PSNI, politicians and other individuals.

Ms Laverty also revealed that the tribunal recently met one man who was involved in the attack.

Over the coming days, the Tribunal will hear evidence from three former gardaí whom, it has been alleged, could have supplied information to the IRA, allowing them time to set up the ambush. All three deny the claims.

The Tribunal will also hear from some former members of the RUC, although others have refused to participate.

Evidence will also be taken from men who claim they worked either undercover for British military intelligence or for the Force Research Unit that controlled military agents.

It has also emerged in recent days that the British authorities may still have intelligence information which has not been revealed. The tribunal has requested that information.

The Smithwick Tribunal is one of the inquiries set up as a result of discussions between the British and Irish governments and Northern Ireland's political parties at Weston Park in 2000.

One of the provisions is that witnesses providing evidence are given immunity from prosecution.

Following a recent Government decision, the tribunal will have to produce an interim report by the end of the month and a final report by November. So far, the tribunal has cost over €8m. 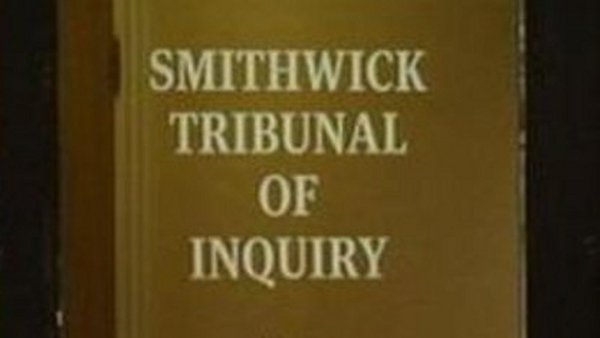