A manslaughter trial in Nenagh has heard blood alcohol levels can be unreliable when it comes to post mortem examinations, as levels can change between the time a person dies, and when the examination takes place.

The evidence came from Dr Joseph Tracey, the former clinical Director of the National Poisons Information Centre at Beaumont hospital.

He was giving evidence at the trial of two men, 34-year-old Gary Wright, and 28-year-old Aidan Dalton, both from Borrisokane, Co Tipperary, who are accused of the unlawful killing of 26-year- old Graeme Parish at Hayes hotel on 30 June, 2008.

He died of acute alcohol poisoning, after he downed a cocktail of eight to ten measures of spirits in a single glass that night.

Mr Wright was the bar manager and Aidan Dalton the barman at the hotel on the night.

The state maintains this is a case of manslaughter by gross negligence, involving the likelihood of substantial risk or injury to the victim. The two accused men deny the charge.

Dr Tracey said that a lot of variants can affect blood alcohol levels between the time a person dies, and when the post mortem takes place, and that the levels can go up and down.

Blood alcohol levels are not a definitive diagnostic tool when it come to post mortems, he told the jury.

He said the side effects of taking the huge alcohol levels contained in the cocktail of spirits consumed by the victim Graeme Parish would be that he basically would go into a severe coma.

Dr Tracey referred to a study of 100 people who had attended accident and emergency units, many of whom had blood alcohol levels as high as 600mgs and they had all survived.

The trial has already heard that Mr Parish had a blood alcohol level of 375mgs. 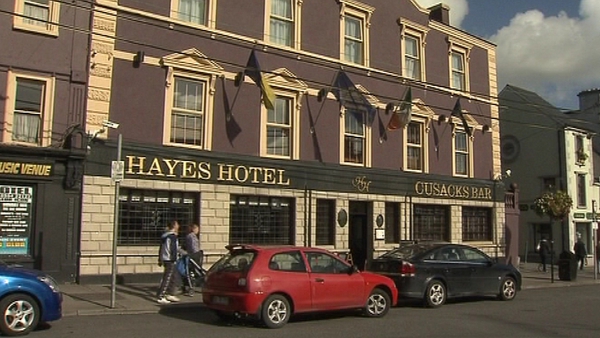