The Director General of the Prison Service has said it is necessary to keep some prisoners locked up for 23 hours a day for their own protection.

Brian Purcell said there were currently 900 prisoners on protection, a third of whom had to be kept in their own cells almost all of the time for their own safety.

He also said there were about 10 to 12 gangs operating within the prison system but dismissed a claim by the Prison Officers’ Association that these criminals controlled the prisons.

Mr Purcell said he accepted that overcrowding is a serious problem within the prison system but the long-term solution lies in the decision to be made by the committee examining the future of Thornton Hall.

Mr Purcell added that a pilot programme on the tagging of offenders has been completed and that while just one prisoner remains tagged, a cost benefit analysis would now have to be carried out before it was decided to roll out the system across the prison service.

The Prison Officers’ Association has called for the introduction of an incentivised system in prisons to reward inmates who behave themselves and penalise violent offenders.

The association says it is very concerned about the level of violence in prisons and Deputy General Secretary Jim Mitchell said criminal gangs control some of the prisons.

However, Minister for Justice Alan Shatter has strongly rejected the POA's claim.

The association says the level of violence in the country's prison is increasing and there are now more attacks than ever on prison officers.

In the last two weeks, three officers in Mountjoy and another in Wheatfield prisons were attacked and seriously injured.

The association says the violence is linked to the problems of overcrowding and the increasing influence of gangland criminals within the prison system.

The POA also noted the concerns of the Inspector of Prisons about prison officers being violent towards inmates.

However, it said of the 46 allegations, 23 were examined by the DPP, but not one incident was substantiated and no prison officer was charged.

Elsewhere, Minister Shatter said the Government is close to signing off on the new Criminal Justice Bill, which will put in place new procedures to facilitate investigation into white collar crime.

Mr Shatter said he hoped the Bill will be published next week or the following week at the latest. 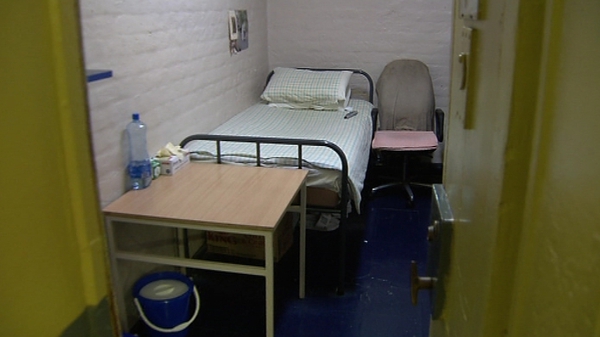