Minister for Foreign Affairs Eamon Gilmore has said security arrangements for the visits of Britain's Queen Elizabeth and US President Barack Obama are very strong.

Speaking on RTÉ's Morning Ireland, the Tánaiste said he is confident that both visits will be successful.

Mr Gilmore said there might be some discomfort for people in areas to be visited and that the Government is concerned about dissident republicans.

However, he said he is confident that the threat can be dealt with.

Mr Gilmore highlighted 'considerable experience' within the gardaí and their co-operation with security teams from Britain and the US.

He said the killing of Osama Bin Laden does not affect the extent of security measures been put in place.

Queen Elizabeth will begin her four-day visit on Tuesday 17 May, while Mr Obama will visit later this month.

The PSNI is loaning two water cannon to gardaí for the Queen's visit.

A spokesperson said the move was not unusual as 'the PSNI and gardaí liaise together on numerous occasions'.

Minister for Justice, Equality & Defence Alan Shatter yesterday said gardaí and the Defence Forces are working to ensure the visits pass off without incident.

Mr Shatter told the Dáil that security arrangements for the visits are being continually assessed. 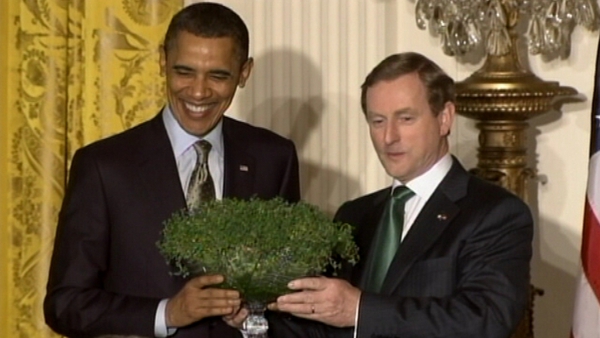