The counting in the Seanad election has been completed, with Fine Gael taking 18 seats.

The 11 remaining seats will be filled by Taoiseach Enda Kenny.

All of the political parties will be happy enough with the results.

Fine Gael increased their representation in the Upper House as did Sinn Fein and Labour. Fianna Fáil lost seats, but not as many as they had expected.

And as for Fianna Fáil leader Michael Martin's list of ten preferred candidates, five were elected.

Attention will now switch to the Taoiseach’s appointments.

There has been speculation that a number of nominees will come from outside the party political fold.

When asked about the abolition of the Seanad earlier, Mr Kenny said he has asked the Attorney General to begin work on the legislation needed to put the question of its abolition to the people.

This could be the last term of the Seanad, he said, but that is a question for the people to answer.

In relation to his 11 nominees, Mr Kenny said he has to go to the United States next week on business and economic issues and to speak at an Ireland Fund event.

He said he may leave it until the following week to announce his nominees when he knows what the final outcome of the election is.

The administrative panel was the last one to be completed. The members elected were: Mark Daly, John Kelly, Diarmuid Wilson, Michael D'Arcy, Martin Conway, Tom Sheahan and Denis Landy.

Sinn Féin’s Kathryn Reilly, at 22 years of age, is now the youngest member of the Houses of the Oireachtas. 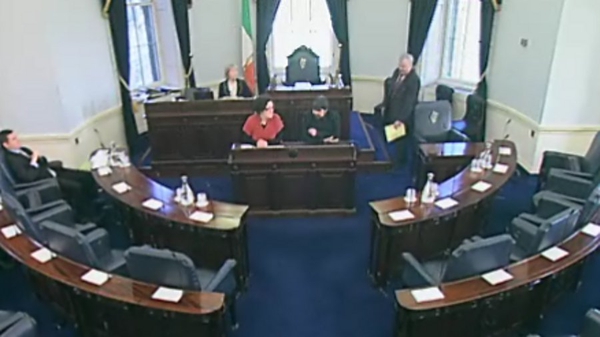