Ceremonies are taking place in Ukraine today to mark the 25th anniversary of the world's worst nuclear accident.

An explosion at reactor number four at the Chernobyl nuclear power plant exposed hundreds of thousands of people to high doses of radiation and sent a fallout cloud across Europe.

Russian President Dmitry Medvedev is visiting Chernobyl to take part in the memorial ceremonies at the site, alongside his Ukrainian counterpart, Viktor Yanukovych.

One of the main services was held in the central square of Slavutich, a small city 40km from the site.

The service was at held at 1.23am (11.23pm Irish time last night), the exact moment 25 years ago that the Chernobyl reactor No 4 exploded, spewing a cloud of radioactive fallout over much of northern Europe.

Mourners placed flowers and lit candles for the victims of the disaster, including the clean-up workers known as ‘liquidators’ - who died as they battled the fire at the reactor and evacuated people.

Almost everyone who came to the ceremony had lost someone in the Chernobyl disaster.

Alexander Pelechanko, a former Chernobyl worker, was employed at the plant for 25 years.

‘I came to light a candle for my friends. I came to remember all my friends and all of what happened. All of this is difficult to talk about,’ he said.

In the capital, Kiev, Russian Orthodox Patriarch Kirill led the night-time service near a monument to firefighters and clean-up workers who died soon after the accident from acute radiation poisoning.

The explosion at Chernobyl forced hundreds of thousands of people from their homes in the most heavily hit areas in Ukraine, Belarus and western Russia.

Large territories were contaminated, several villages and the towns of Chernobyl and Pripyat were abandoned.

The city of Slavutich was built to relocate the people who worked and lived near the Chernobyl power plant, in the city of Pripyat.
The explosion released about 400 times more radiation than the US atomic bomb dropped over Hiroshima.

The United Nations World Health Organisation said at a conference in Kiev last week that among the 600,000 people most heavily exposed to the radiation, 4,000 more cancer deaths than average are expected to be eventually found.

Thousands of children developed thyroid cancer, and other health problems from the harmful radiation levels.

But exactly how many people died is still debated.

The official Soviet death toll of the Chernobyl accident stands at 31, but there is controversy over the disaster's long-term health effects. 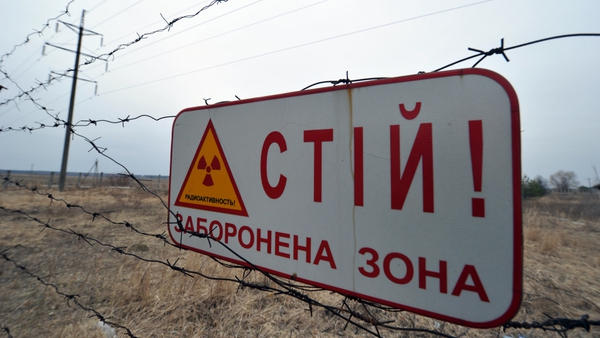