Two British security researchers have said the latest version of Apple's operating system for the iPhone and the iPad is constantly recording the location of the devices and storing the information in a hidden file.

Alasdair Allan and Pete Warden said the position-logging feature is contained in iOS 4, the operating system for the Apple devices that was released in June of last year.

'Ever since iOS 4 arrived, your device has been storing a long list of locations and time stamps,' they said in an article posted at the website radar.oreilly.com.

'We're not sure why Apple is gathering this data, but it's clearly intentional,' the researchers said, adding that it raises a number of 'security and privacy implications'.

'By passively logging your location without your permission, Apple have made it possible for anyone from a jealous spouse to a private investigator to get a detailed picture of your movements,' they said.

'What makes this issue worse is that the file is unencrypted and unprotected, and it's on any machine you've synched with your iOS device,' they said. 'It can also be easily accessed on the device itself if it falls into the wrong hands.

'Anybody with access to this file knows where you've been over the last year, since iOS 4 was released,' they said.

The researchers announced their findings at the Where 2.0 conference in San Francisco. They were first reported in The Guardian newspaper.

Mr Allan and Mr Warden said they had contacted Apple's product security team about their findings but had not heard back.

They said the device stores latitude and longitude coordinates along with a time stamp, probably through phone-tower triangulation.

They noted that phone companies typically have access to this data but it is not usually stored on a mobile device itself. 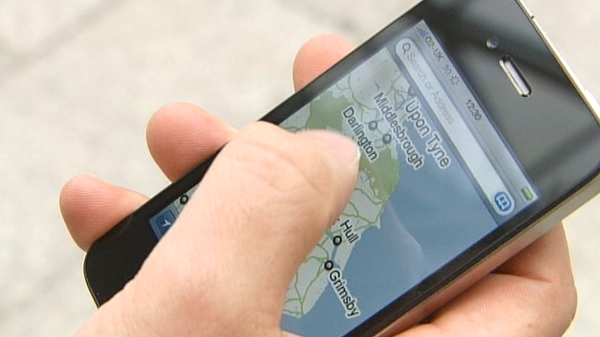