However, the troika said challenges remain and what it called 'steadfast' policy implementation would be key.

The review says that the Government has taken full ownership of the goals and key elements of the EU-IMF programme.

It says real Gross Domestic Product is expected to grow in 2011, albeit more slowly than previously forecast.

The international partners say that the targets for the end of December and March were met by what it calls a 'comfortable margin'.

Klaus Masuch of the ECB said that all members of the troika have a common goal - which is that Ireland returns to job creation.

Mr Masuch said the group had jointly discussed the programme and is happy with the commitment of the Government to the aims of the programme.

'The recapitalisation of the banks is welcome and there is no divide between anyone involved in the process.' He said everyone is working to get Ireland back on track and create jobs.

IMF Director Ajai Chopra said the programme is a lifeline for Ireland that presents 'an Irish solution to Irish problems.'

Mr Chopra said the root of the problem in Ireland was 'a very deep banking crisis' and said that is where the emphasis of the programme is.

'The new Government is making good headway on the issue and had devised a strategy based on the stress tests.'

Mr Chopra said Ireland had a clear plan and progress to carry it out is being made.

Commenting on the downgrading of Irish growth, Mr Chopra said the main reason for the change in the IMF forecast was that the economy was somewhat worse than expected at the end of 2010.

He said the IMF has not adjusted the medium term forecasts, and the figure for 2012 remains in the region of 2%.

He said growth in the medium term is critical and it would not need to be adjusted at this point.

Mr Szekely said the Government will go through a substantive review of spending and afterwards would review the evidence.

Meanwhile, Irish Congress Trade Union General Secretary David Begg commented that the European Central Bank and the EU were not without responsibility for the current crisis in Ireland.

He said that the renegotiation of the bailout deal was crucial.

David Begg said €1.8m workers could not shoulder such a burden of debt unless the period of time was extended and the interest rate lowered.

Mr Begg said that pressure must be eased on domestic demands because it is from the domestic economy that jobs willl come.

He continued, an export lead recovery was important but it would not create jobs in the numbers needed to make a dent in unemployed numbers. 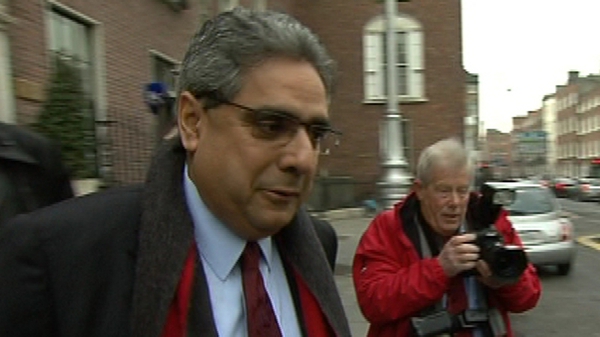