The PSNI have said the bomb which was found in a van on the main Dublin/Belfast road was very substantial and could have been intended for a town centre somewhere in Northern Ireland.

The discovery sparked a major security alert, leading to the closure of the road, which has since reopened.

A number of controlled explosions were carried out on the vehicle which was found at a section of the A1 motorway near Newry, Co Down.

The van containing the 500lbs bomb, which was abandoned under a bridge, had been stolen in Maynooth, Co Kildare, last January and had been fitted with false Donegal registration plates.

British army bomb experts worked on the device, which was inside a wheelie bin, until 4am and carried out several controlled explosions.

Local police commander Alasdair Robinson said the intended target of the device was unclear but it may have been destined for a town centre attack.

Had the bomb exploded, he said, it could have caused huge devastation or loss of life.

With the bomb cleared, traffic is again flowing freely on the cross-border route. 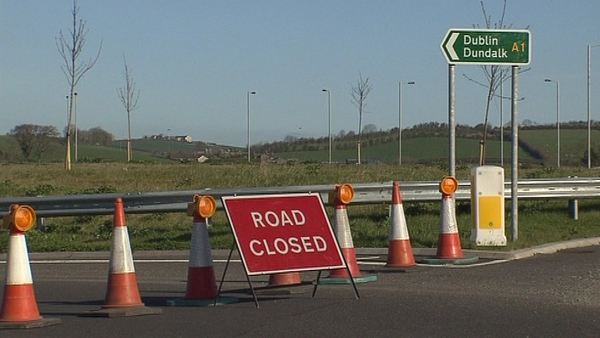