The Garda Commissioner has apologised for the comments made by gardaí about women protestors they arrested in Co Mayo.

Martin Callinan said he was sorry for the offence caused to the 'community we serve' and for the hurt and pain felt in particular by victims of sex crime.

The Commissioner also said he was deeply disappointed by the contents of the garda report which indicated that the words reported were indeed used and that the conversation did take place between members of An Garda Síochána.

It is believed the gardaí have acknowledged to the investigating Superintendent that carried out the inquiry that the comments were unacceptable and should not have been made.

The five gardaí involved are to be confined to office duties in Castlebar while an investigation into the incident is carried out.

The move was announced in the Dáil by Minister for Justice Alan Shatter this afternoon.

Minister Shatter said four of the gardaí would be moved to the station from their current posts and the fifth - who is already stationed in Castlebar - will remain there.

Mr Shatter confirmed that he received a copy of a report on the incident from the Garda Commissioner this morning and that a copy had been sent to the Garda Ombudsman Commission, which is also carrying out an investigation.

The Garda Ombudsman Commission is due to interview the women and the gardaí as part of its investigation.

At a press conference in Dublin this morning, the protest group 'Shell to Sea' called for an international inquiry into the policing of the Corrib protests.

That call has been backed by People Before Profit TD, Deputy Richard Boyd Barrett.

One of the protestors, Jim Monaghan, also called on the Garda Ombudsman Commission to investigate his allegation that five years ago a garda made remarks that he claims were of a sexually abusive nature.

The Ombudsman refused to investigate the claim in 2007 because Mr Monaghan did not bring the complaint to the commission in time and because it felt there was no reason to extend the time limit.

Today, the Ombudsman has said it will not revisit the case.
Mr Monaghan of the Pobal Chill Chomáin group said there had been a loss of discipline 'on both sides'.

He said gardaí should be beyond such behaviour given their position in society.

However, he conceded that some protestors have been deliberately taunting gardaí.

Gardaí involved in the incidents this week should be afforded due process and presumed innocent until otherwise proven, he added.

Asked about allegations that subversive elements had been involved in the protest side, Mr Monaghan said he was not aware of subversives being 'actively used' to support the process but he did concede that 'there may be subversives on both sides of the fence'. 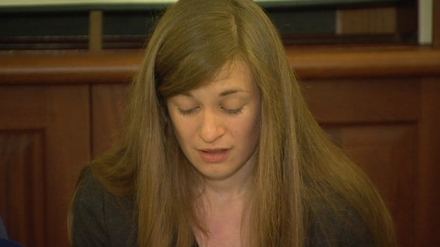 Also speaking at the news conference, Shell to Sea protest group Spokesperson Caoimhe Kerins criticised the Garda Ombudsman and the manner in which the office has responded to what she said were numerous complaints about garda activity in the area.

Jerry Anne O'Sullivan, who was arrested during a protest, said her name and address had been leaked to the media.

She said the words used by gardaí were horrific and added that the recordings are a reflection of the intimidation protestors have been suffering for years. 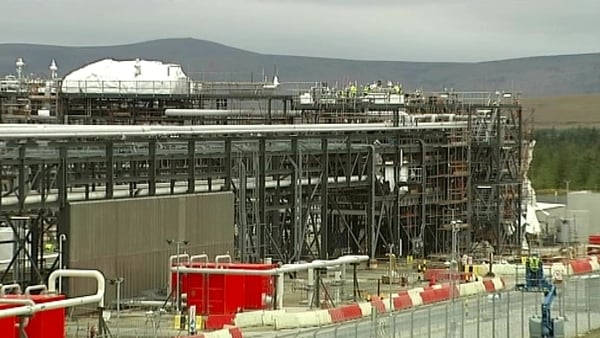