Two separate investigations are under way following allegations that remarks of a sexually suggestive and disturbing nature were made by gardaí after the arrest of two women involved in an anti-Corrib Gas protest last week.

A recording where gardaí speak about rape in relation to one of two female campaigners they had just arrested was released by the protest group last night.

The recording is believed to have occurred inadvertently after gardaí took a video camera from the women.

The Garda Ombudsman Commission said it had not received a report about the incident in Co Mayo, but said it was in the public interest to investigate it.

A senior garda officer from outside the Mayo region has been appointed to carry out a separate investigation.

The two women had travelled to Mayo to support the Shell to Sea protest.

One of them had climbed onto a tractor; the other was filming her with a video camera.

Gardaí arrested both of them, put them in a patrol car and took them to Belmullet Garda Station. The camera was placed in a second patrol car.

Last night, Shell to Sea said the gardaí did not realise it was still recording.

When it was handed back to the two women it contained details of a conversation between the gardaí in the second patrol car.

A Shell to Sea spokesperson said the alleged remarks made by the gardaí were shocking and disturbing.

Sinn Féin had earlier requested that the commission launch an inquiry into alleged threats.

Garda Commissioner Martin Callinan has tonight re-emphasised the importance of combining professionalism with sensitivity and compassion in the investigation of sexual crimes.

In a statement, Mr Callinan said: 'I want the message to go out to the community and particularly to victims of sexual crime that they should report those crimes to gardaí who can take the necessary steps to vindicate and protect their rights and I want to assure them that they will be met with compassion and sensitivity.' 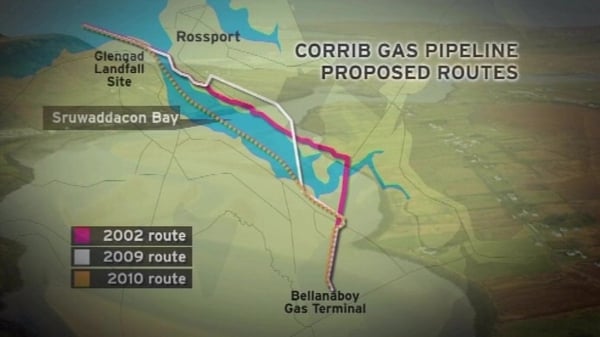