Senator Ivor Callely has been fined €60 for holding a mobile phone while driving.

Mr Callely had denied the offence and has claimed he was using a Parrot hands-free device.

But he was convicted at Dublin District Court after evidence from Garda Keith Daly that he was using a mobile phone while driving a blue Jaguar car on Ballybough Road on 11 October.

The garda said Mr Callely was talking on a hands-free set when he pulled him over but the phone he had been using was on the passenger seat.

Mr Callely's solicitor put it to the garda that the second phone was broken and not in use.

Garda Daly replied that it did not have to be proven that a phone was switched on, only that it was being held while driving and he had seen Mr Callely holding it to his right ear.

The garda said he had no power to inspect a phone.

In evidence, Mr Callely said that he was talking on a Parrot hands-free device and still talking on it when stopped by the garda.

He admitted he had two mobile phones.

He claimed that he did not receive the fixed penalty notice and if he did he would have 'utilised the system' to deal with it.

Ivor Callely agreed it was ridiculous to suggest he would have chosen the notoriety of coming to court in an answer to his solicitor.

Judge James McDonnell said the State had proven its case.

Imposing the fine of €60, he gave Mr Callely one week to pay with five days of imprisonment for default. 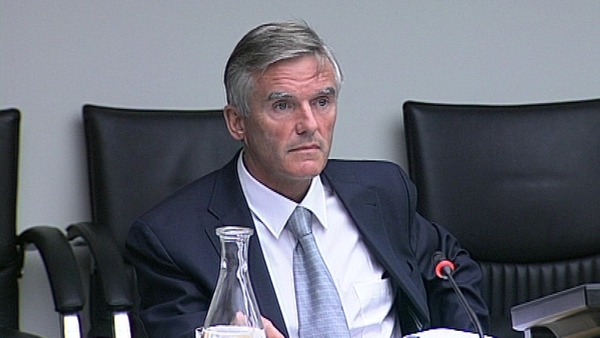