The Central Bank has published crucial stress tests on the Irish banks, which show that €24bn of capital will need to be raised by the banks to help them cope with potential losses.

The figures are only appropriate in an ‘adverse and unlikely’ situation, according to Central Bank Governor Professor Patrick Honohan.

The Financial Measures Programme Report details the outcome of its review of the capital and funding requirements of the domestic Irish banks.

The Central Bank also set targets for how far the banks must reduce in size, through a combination of run-downs of assets and sales of assets.

Prof Honohan said the aim was to create a sustainable Irish banking system through a combination of recapitalisation, deleveraging and reorganisation.

Prof Honohan said smaller, but sounder, Irish banks should be in a better position to provide loans and other financial services to households and businesses to support the Irish economy.

The stress tests were based on estimates that, in a worst-case scenario, the four banks could lose almost €9.5bn from residential mortgage loans over the next three years.

In total, the assessment found that the banks could face losses of €37.7bn over the next three years under the worst-case, or 'stressed' scenario.

The tests found that banks would need €18.7bn in new capital to meet new Central Bank targets, but the bank also added another €5.3 billion to bring what it called 'a layer of resilience' in case of possible further losses after 2013.

Mr Honohan has said there would be majority state ownership in all banks.

He said that this had proven to be one of the costliest banking crises in history.

He said if the stresses predicted are realised, the total loss during the banking crisis will be in excess of €100bn.

Speaking about mortgages, Mr Honohan said he did not predict a lot of home repossessions but said the stress tests were predicting a worst case scenario.

He said he did not predict anything like the number of home repossessions that are predicted and calculated in the stress tests.

He said the Central Bank also has a role in consumer protection and would work with the banks to ensure there is better and more considered processes for working out distressed loans or mortgages.

Governor Honohan said a two-bank solution – announced by Minister for Finance Michael Noonan in the Dáil - is ‘not an ideal situation’.

Prof Honohan conceded he did have concerns, in particular on competition and cost and pricing.

But he said there are other banks operating in the market.

Prof Honohan said that there would be adverse consequences to dealing aggressively with senior bond-holders.

He said that it would be unwise to take such an action without the endorsement of Europe.

He said there is no question in the Government’s plans about doing anything about the senior bond-holders.

Prof Honohan said the plan was the best way forward, but he said there were no good ways forward.

He said that the measures outlined did ‘not score highly on fairness’.

He said the country is effectively starting from scratch on banking.

The Financial Regulator, Matthew Elderfield, said banks needed to be up-front with customers; he said people should approach banks and agree a deal if they have loans which are in difficulty.

Mr Elderfield said there is a common sense of purpose between the Central Bank and Government.

Speaking in the Dáil, Mr Noonan announced details of the restructuring of the banking sector.

He said there will be two universal, full-service banks and a restructured Irish Life & Permanent.

What he called the first ‘pillar’ bank will be based on Bank of Ireland, with the second one a combination of AIB and the EBS building society.

Mr Noonan said our banks in the future must be smaller, better funded and better capitalised.

He said the ‘pillar’ banks would better serve the economy.

The Minister said the plans will be submitted to the European Commission under state-aid rules.

He said the stress tests carried out are among the most thorough that have ever been conducted.

He said it is acknowledged that the money already gone into the banks will not be recovered.

He said that 30 September, 2008 will go down as the blackest day in Ireland since the civil war.

He said on that day the decision was made to support and maintain Anglo Irish Bank.

He said the previous Government ducked and dived and procrastinated, that it did not fix the banks and that it paved the road to disaster.

He said it was essential for the economy and our country.

He also said the Government was committed to the EU/IMF programme. 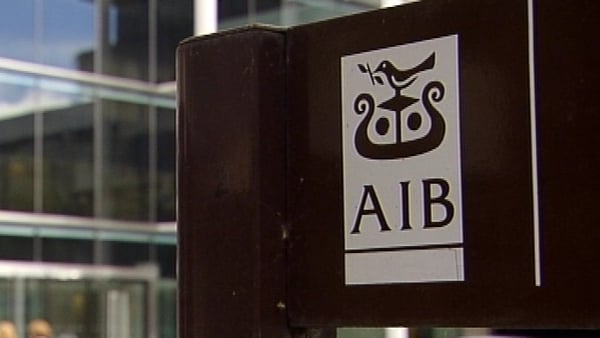