Minister for Finance Brian Lenihan has been given High Court approval to inject €3.7bn into AIB.

This means the State's shareholding in the bank is 49.9%.

AIB is still awaiting the sale of its Polish subsidiary to Santander.

Under stock exchange rules, the State cannot increase its share holding above this level until the sale is completed sometime in the New Year.

However, once the sale is completed, the State's shareholding will automatically increase to 92%.

Minister Lenihan said the €3.7bn is to be invested in AIB so the bank can become an indestructible part of the Irish banking landscape.

The transfer of funds is allowed following the passing of the Credit Institutions Stabilisation Bill.

When all of the paperwork is done, AIB will be the fourth financial institution taken into State control after Anglo Irish Bank, and building societies, Irish Nationwide and EBS.

This €3.7bn comes from the National Pension Reserve Fund and its transfer was approved by the European Commission earlier this week.

The new banking Bill allows the Government to 'overcapitalise' the banks - to meet end of year capital ratio targets set by the Financial Regulator, and to meet a 12% target by the end of February.

To meet that 12% target the Commission has approved another injection of €6.1bn into AIB, which will happen early next year.

The bank has raised some money on its own by selling its US and Polish operations, but mounting losses have seen its capital requirement more than double to over €15bn.

This is the second time AIB has received a State bailout, having got €3.5bn from the taxpayer last year.

IBOA General Secretary, Larry Broderick said: 'Our members in AIB are naturally disappointed that a highly successful institution has been reduced to this position.' 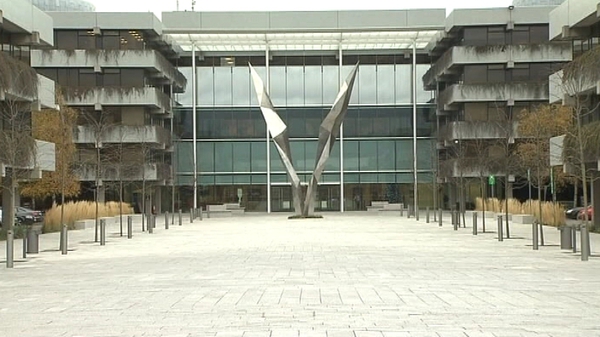 AIB may get injection of capital tomorrow