The Queen will be accompanied by Prince Philip, the Duke of Edinburgh.

The dates of the visit and the programme of events will be announced in due course.

The Taoiseach has said that the visit had been spoken about in the context of the full implementation of the Good Friday agreement.

He said it was important that there were exchange visits with the heads of states of neighbouring countries and she would be a welcome visitor.

DUP leader and Northern Ireland First Minister Peter Robinson welcomed the announcement, saying the visit would take place in May.

'I would urge Republicans to afford Her Majesty the same degree of respect shown by people in the United Kingdom to Mary McAleese.'

Meanwhile, The Sinn Féin President Gerry Adams has said that the planned state visit here by Queen Elizabeth is an indication that we are living in changed and changing times.

In a statement this evening Gerry Adams said his party respected the right of the President to issue the invitation, but said it believed the visit was premature.

Tourism Ireland CEO Niall Gibbons has said that 'a state visit by Queen Elizabeth II will be a wonderful opportunity to showcase the island of Ireland to a huge audience of potential holidaymakers across Britain and has the potential to deliver a major boost to Irish tourism in 2011 and beyond. 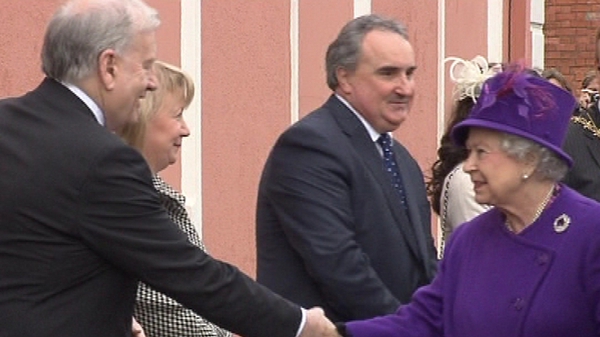