Talks have taken place for a second day on the possible formation of a coalition government between Fine Gael and Labour.

Both sides were briefed today by officials from the Department of Finance and the National Treasury Management Agency.

Fine Gael's Michael Noonan said there were certain issues in the economy that the Opposition parties had not been briefed on before the General Election.

Labour's Joan Burton talked of a very challenging situation in the banking sector.

Both Fine Gael and Labour negotiators have described the talks between them as 'friendly'.

There is an expectation that a deal will be done in time for a Labour Party convention at the weekend, although both parties have pointed out that they have other options.

So far no approach appears to have been made by Fine Gael to any of the Independent TDs in the new Dáil.

The plinth has a ramp at one side to facilitate wheelchair access, but steps at the other end.

Deputy Mitchell O'Connor's car appeared to be undamaged by the incident. 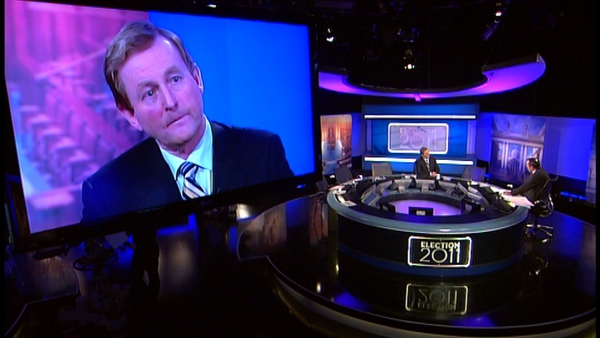