A meeting between the leaders of Fine Gael and Labour on the formation of a Coalition Government has ended at Leinster House.

Enda Kenny and Eamon Gilmore are now in talks with senior members and officials from their parties.

Subsequent meetings will see the negotiating teams from Fine Gael and Labour sit down across the table.

The expectation is that a deal will be done in time for a special Labour Party conference next weekend.

The Labour Party Whip, Emmet Stagg, said he had no doubt the two parties would be able to come up with a programme for government in a short time.

Taoiseach Brian Cowen has wished the leaders of Fine Gael and Labour well in their talks on forming a coalition government.

Speaking in Roscrea, Mr Cowen also said his office was available to both leaders to make the transition of power as smooth as possible.

He wished party leader Micheál Martin well in the task of re-building the party, defining its policy and being a constructive opposition.

After some confusion about a missed telephone message, both men spoke for a few minutes at around 10am this morning and they agreed to meet for the preliminary talks.

The real business of forming the next Government will get under way this evening or tomorrow, with an effective deadline of the weekend.

Some Labour backbenchers urged their party to play hardball in the talks over the weekend and there are differences between the parties.

However, the expectation is that a deal will be done in time for a special Labour conference next weekend.

Elsewhere, Independent Shane Ross said he has not been contacted by anyone in Fine Gael to discuss supporting that party.

Mr Ross says he believes a deal between Fine Gael and Labour will be done very quickly.

Meanwhile, Northern Ireland Peter Robinson telephoned Mr Kenny this morning to congratulate him on his suscess in the election.

Mr Robinson said he hoped to meet Mr Kenny soon after he is elected Taoiseach and said he expected to have a good relationship with the incoming Government in Dublin.

Fianna Fáil's Dick Roche has been eliminated following a recheck of ballots in Wicklow this evening.

Twelves seats have still to be filled across the three constituencies.

Fianna Fáil's John Moloney has also been eliminated in Laois-Offaly.

Returning officers have pedged to count throughout the night.

During the counts, Fianna Fáil saw its first preference vote more than halved, down to just over 17%, with candidates failing to secure significant transfers.

There are now no Fianna Fáil TDs in Meath, Tipperary, Sligo, Kerry, Leitrim or Roscommon.

The Green Party saw all six TDs lose their seats.

Fianna Fáil leader Micheál Martin said he is not concerned that his party will be drowned out in opposition in the Dáil by Sinn Féin and Independents.

Speaking on The Week in Politics, Mr Martin said his party would now be focusing on renewal. 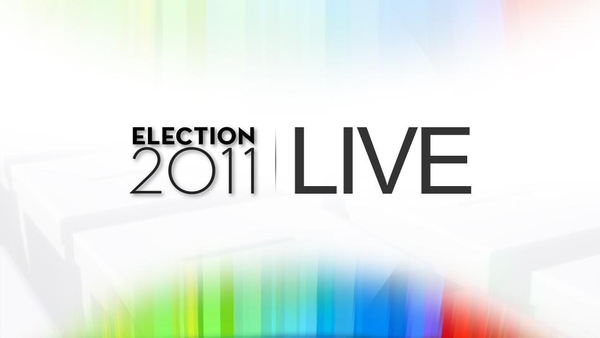