Around 40 people have been wounded in fierce clashes between protestors and government loyalists in Yemen.

The violence came on the seventh day of demonstrations demanding an end to President Ali Abdullah Saleh's 32-year rule.

Fighting broke out in the capital Sanaa after around 800 government loyalists armed with daggers and clubs confronted about 1,500 protestors, who responded by hurling rocks.

At least 40 people were wounded in the violence, a Reuters reporter estimated, based on numbers provided by both sides.

Mr Saleh, a US ally against a resurgent wing of al-Qaeda in Yemen that has launched attacks on foreign and regional targets, is struggling to quell month-old protests now erupting almost daily.

The youths on the streets say they are angered by corruption and soaring unemployment.

A third of the population in the Arabian Peninsula state face chronic hunger and 40% live on less than $2 a day. 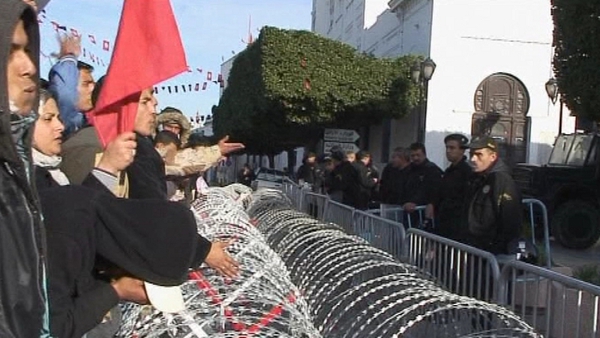