The Finance Bill has passed all stages in the Seanad and will now go to the President to be signed into law.

The Dáil will not be recalled tonight as no changes were recommended by the Upper House.

There was one very close call in a vote on bankers bonuses when the Greens voted with the Opposition. The Government side won that vote by one.

Minister for Finance Brian Lenihan told the House that tax provisions for couples entering civil partnerships - that are now expected to be introduced in a second Finance Bill in April - will apply retrospectively for the whole tax year - a commitment that received widespread welcome in the House.

Earlier, Mr Lenihan attacked the taxation strategy of the Labour Party and Sinn Féin, and criticised the Green Party for pulling out of Government.

Addressing the Seanad on the Finance Bill, the Minister said it was always his belief that marginal tax rates should not exceed 50%, but that he had to fight against a torrent of opposition, especially from the Labour Party and Sinn Féin.

He said they believed there was a limited pot of taxation that could be extended at will.

Minister Lenihan also criticised the Green Party for pulling out of Government, saying it will have to deal with the judgement of history for making the decision.

Tax incentives dominated the morning debate on the Finance Bill on this rare Saturday sitting of the Upper House.

During the debate, Mr Lenihan also repeated his concerns over the speed at which the legislation was brought to the Houses saying that there had been a headlong rush into holding a General Election.

Independent Senator David Norris expressed concerns about the rate at which the Bill was being rushed through the Houses warning that it could give scope to ‘clever accountants’ to find methods of legally evading tax.

Labour Senators called for the publication of a cost benefit analysis of tax measures in the Bill to be published within a month of its enactment - but Minister Lenihan pointed out that the Dáil would not be in existence at that point.

The Labour amendment was voted down in the Seanad. The final vote was 24 in favour and 29 against.

Independent Senator Shane Ross said the elephant in the room around tax incentives was that they had been abused in the past for ‘naked electoral and political gain’.

Fianna Fáil Senator Paschal Mooney called for the publication of lists of people who availed of section 23 property reliefs for the purpose of transparency.

He said it would show that it was not developers who were availing of them but average earners or public sector workers. 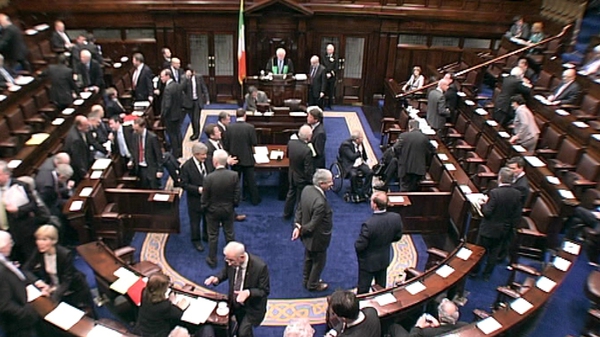