The Finance Bill has passed all stages in the Dáil after the Government won the vote on the report and final stages by 81 votes to 76.

The Bill now goes to the Seanad for consideration on Friday and Saturday.

The minority Fianna Fáil Government survived a crucial Dáil vote on the bill yesterday, with the help of support from Independent TDs Michael Lowry and Jackie Healy-Rae.

The two deputies said they voted for the Bill after a number of concessions were secured from Minister for Finance Brian Lenihan.

This morning, Labour Finance Spokesperson Joan Burton said cost benefit analyses should be carried out on tax incentives. She said it should be established that tax reliefs stimulate job creation.

Ms Burton said a simple explanation that sets out costs and benefits of such schemes is necessary, so that those on large incomes do not get to avoid tax.

She said some people with incomes of over €2m a year are paying no more than about 19%, by using the tax relief schemes.

Ordinary people have a heavier tax contribution than wealthier people as a result, she said.

On the Government's amendment on bonuses to banks, Sinn Féin's Pearse Doherty said he did not think it was right to allow bankers be paid €20,000 in bonuses.

However, he welcomed the fact that a limit had been put on the bonuses.

Minister Lenihan said there was a flaw in what Mr Doherty said and he said there would be no bonuses paid in the future to the guaranteed banks.

He said these were only retrospective issues in relation to bonuses. 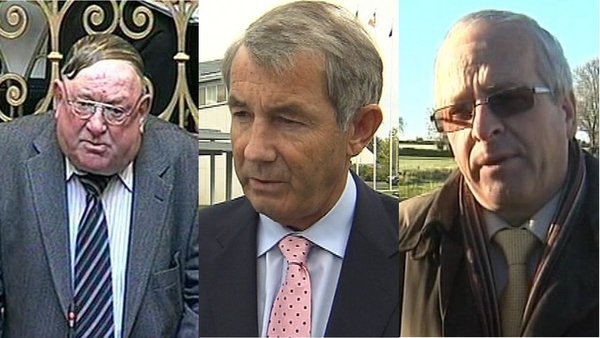