The Seanad is to sit on Saturday in order to process the Finance Bill, following an agreement in talks at Leinster House.

The Dáil will be on standby to consider any recommendations from the Seanad on Saturday evening.

If the Dáil is not dissolved before then, it will consider confidence motions in the Government on the following Tuesday.

Minister for Finance Brian Lenihan said that all Dáil business has been deferred this week to deal with the Finance Bill following a request by the opposition to have it completed by Friday.

Mr Lenihan said he would have preferred a fortnight to complete the Finance Bill.

On the matter of the upcoming election, he said he expects polling day to take place 'later in the month of February'. He said the issue of a date 'will be discussed in due course'.

In a statement Mr Lenihan thanked ‘the Greens, Fine Gael and Labour for their constructive approach’.

‘After detailed discussions we have reached the agreed timetable to allow for the Finance Bill to pass all stages by the 29 January 2011,’ he said.

Leaving a meeting of Opposition spokespersons and the Department of Finance, Labour Party Finance Spokesperson Joan Burton said it is 'extremely likely' the General Election will be held on Friday, 25 February.

Ms Burton also said that the Green Party had agreed that it would support a motion of no confidence if the Dáil was not disolved on Tuesday week.

Meanwhile, the European Commission has said it is important for Ireland's credibility and stability that the Finance Bill is passed by the Dáil soon.

A Commission spokesman said the Bill was crucial to implementing the budget, as agreed under the EU-IMF bailout. 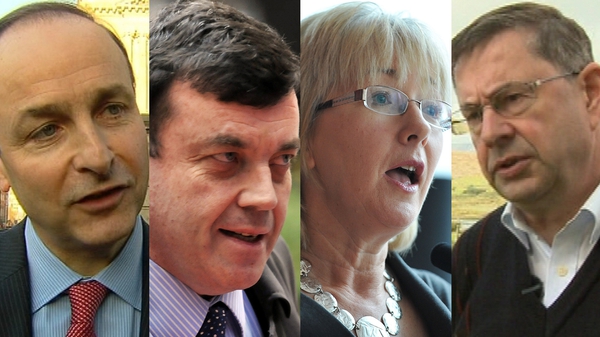