Fishermen have reported seeing a humpback whale breaching in waters a kilometre off Curracloe on the Wexford coast.

The Irish Whale and Dolphin Group believe this animal is almost certainly different to the humpback which was sighted several times last week off Hook Head, 50 km away.

Local reports are that it has been feeding on herring in the area since 11 January.

Fishermen this morning observed it breach on 10-12 consecutive occasions and on-shore observers say it was being accompanied by as many as 10,000 seagulls.

The IWDG says this is ‘potentially another very important humpback record, as it shows that [humpbacks] may be pushing ever closer up and into the Irish Sea area. This would be the first validated winter record of a humpback whale in the Irish Sea’. 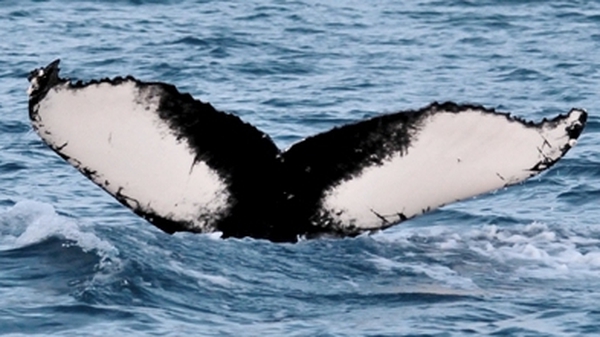