Sinn Féin President Gerry Adams has said his party wants to be in Government, but it is up to the electorate to decide the formation at the next General Election.

Speaking on RTÉ's Morning Ireland, Mr Adams said no party had a mandate for the next Dáil as yet.

He said the next election needs to be about a root and branch reform of the political system.

He said the election was 'not a done deal' and should not be a beauty contest between Eamon Gilmore and Enda Kenny.

Meanwhile, Fianna Fáil's Mary O'Rourke has been selected to contest the General Election in Longford/Westmeath.

At a convention earlier this week she was returned along with Mullingar-based Councillor Robert Troy, who is Senator Donie Cassidy's constituency assistant.

Junior Minister Michael Finneran has told friends and party workers in the Roscommon-South Leitrim Constituency that he will not be contesting the next General Election.

Mr Finneran is Minister of State at the Department of the Environment and his announcement has come as a surprise to local Fianna Fáil party members. 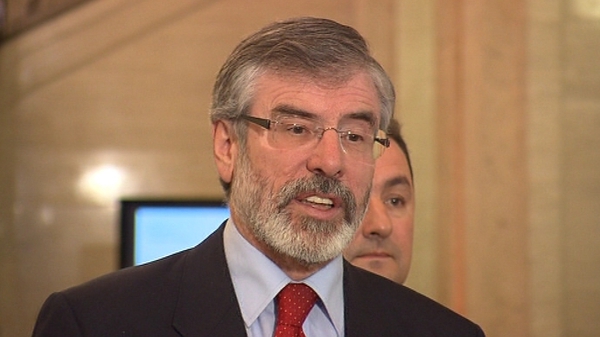