The Board of the International Monetary Fund has delayed consideration of the €22.5bn loan for Ireland until next week.

In a statement, the IMF said that it was doing so in deference to the Irish parliamentary process.

The IMF said it understood that the vote in the Dáil was not legally necessary, but that it would strengthen political support for the bailout deal.

An IMF spokesperson said: ‘In deference to Ireland's parliamentary process, the IMF has decided to postpone consideration by its Board of the proposed loan under the Extended Fund Facility until after the debate.

‘Assuming parliamentary support for the package, the Managing Director could recommend approval by the IMF Executive Board of the proposed €22.5bn IMF loan as early as 16 December.'

McGrath expects to vote against deal

Meanwhile, Fianna Fáil TD Mattie McGrath has said that as things stand, he will vote against the loan deal with the IMF and the EU when it comes before the Dáil on Wednesday.

Deputy McGrath described the deal as a bad one, which was more like 'a clearout' than a bailout.

He said the payment of bonuses to senior bank staff while welfare benefits and the minimum wage were being cut was the last straw for him.

Deputy McGrath claimed he had been 'double-crossed' by Minister for Finance Brian Lenihan, who had promised him he would heavily tax bonuses, but then revealed he could not do so retrospectively.

Asked if he now considered himself an Opposition TD, Deputy McGrath said it was up to the Government Chief Whip to approach him if he wanted his support.

Deputy McGrath was expelled from the Fianna Fáil parliamentary party after abstaining in a vote on the Stag Hunting Bill. 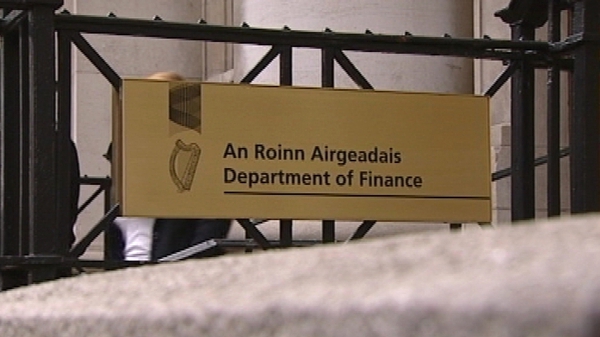