The interest rate to be charged on the European Unions/International Monetary Fund package is likely to be 6.7% for nine-year money.

This compares to an average borrowing rate of 4.7% on funds raised by the NTMA over the past two years. In May, Greece arranged an EU/IMF loan for three years at 5.2%.

The Government’s four year plan assumes that by 2014, interest payments will have increased from €2.5bn to €8.4 bn a year - around one fifth of all tax revenue.

These figures do not include any borrowing that may be made for extra capital for the banks.

It is understood that the Taoiseach, the Minister for Finance, the heads of the Central Bank, the NTMA and senior officials met in Government Buildings for several hours this evening to discuss the details of negotiations with the EU and the IMF.

It is believed that contacts will resume tomorrow.

He said the Government must not abandon the national interest and settle on unaffordable terms in its negotiations.

Earlier, leaders of the Irish Congress of Trade Unions finished discussions on the country's debt crisis with the EU/IMF delegation in Dublin.

ICTU General Secretary David Begg described its meeting as 'explicit' and 'from a productivity point of view a good meeting'.

SIPTU General President Jack O'Connor said it was a good engagement with a frank exchange of views.

He said that the EU, IMF delegations seemed interested to hear what they had to say around the issues of investment and the distribution of the burden in the international plan.

Both sides are due to meet again next week.

Representatives from the employers' group, IBEC, also met the EU and IMF.

Meanwhile, Jack O'Connor said there is no possibility of things getting out of hand at tomorrow's national rally.

He said it will be a peaceful march. They will march to the GPO because it is a symbol of our sovereignty, he added.

Former Taoiseach Garret FitzGerald has said he believes the Budget probably will be passed and should go through.

Speaking on RTÉ's Morning Ireland, Mr FitzGerald said that the present crisis made the problems of the 1980s look pale in comparison.

Dr FitzGerald has described the present situation as being all our own fault because of policy mistakes made throughout this decade. He added, however, that it had been aggravated by bad luck.

The former Taoiseach said he thought growth could be achieved and that the measures in the four-year plan would not ruin the economy.

He also said the balance of payments surplus would rise by 5%. 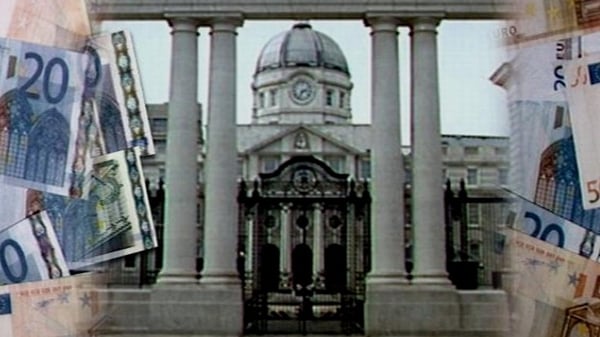