Communities in coastal areas are monitoring anti-flood preparations ahead of an expected combination of low pressure, high tides and strong winds overnight.

Met Éireann says the worst of the weather can be expected later tonight and into Monday morning.

It is forecasting heavy rain and strong winds with between 20mm and 30mm of rain expected to fall this evening and early tonight.

However, rain will clear to showers later tonight. The flood warnings remain in place on eastern and western coasts due to high tides and strong winds.

Dublin City Council has put in place a flood contingency plan and has said car parks on the seafront at Clontarf and Sandymount will be closed until Monday evening.

The Council has advised motorists not to leave cars in these areas, as they may be at risk from flooding, due to wave action.

In Galway, the high tide passed without any significant flooding. High seas broke over sections of the coast road linking the city to Salthill, but caused very little flooding.

Limerick City Council Crisis Management Team as a precautionary measure is placing sand bags at vulnerable points along the river quays in the city centre.

The council is advising residents and businesses in the area to take precautionary measures in respect of their own property.

AA Roadwatch has appealed to drivers to take particular care on the roads and has warned that crosswinds are likely to be a particular hazard.

The Irish Water Safety Association has urged motorists not to attempt to drive through heavily flooded roads especially in the vicinity of rivers.

It says there have been many tragic drownings in recent years when cars were swept away by swift-flowing flood waters.

The Association has also asked people to stay away from flooded areas.

The Office of Public Works has information and advice on what to do if your home is at threat from flooding. 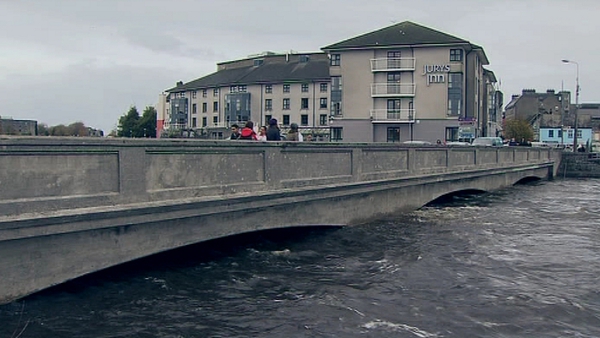