A key consultant during the second mobile phone licence competition has told the Moriarty Tribunal that there was no evidence of a conspiracy to ensure the success of Denis O'Brien ESAT Digifone consortium.

Professor Michael Andersen said that the tribunal inquiry had got it wrong in finding fault with the process.

Professor Anderson from Danish consultants AMI advised the state during the awarding of the GSM licence in 1995 and said ESAT Digifone won the competition ‘fair and square’ and that the core evaluation process stands up to best international practise.

In answer to Michael Lowry TD, who was Communications Minister at the time, Professor Anderson said he saw no evidence of interference in the process.

He agreed with Mr Lowry - who is representing himself - that any interference would have required a vast conspiracy involving a large number of civil servants and he saw no evidence of that.

Professor Andersen questioned why an investigation could have lasted nine years when the process was normal and defendable.

He said that could only happen if the inquiry was operating on the basis of some kind of wrongdoing and he said there was no factual basis to that theory.

Mr Justice Michael Moriarty has ruled out questioning of Professor Andersen about his claim that inquiry lawyers had an ‘anti-ESAT bias’.

There were clashes today as Mr Lowry attempted to bring up the claims of bias with Michael McDowell, Senior Counsel for the inquiry, accusing of him deliberate contempt for the tribunal.

Professor Andersen is due to finish his evidence today after two weeks in the witness box during which he said the tribunal had misunderstood the process in claiming that evaluation records showed a rival consortium Persona was the better bid.

During questioning by Mr McDowell SC Mr Andersen said he did not know that civil servants had misgivings about the competition right up to the awarding of the licence and said this could be a case of them ‘covering their backs’.

He also did not know of a meeting in the Department of Communications in October 1995 when it was agreed that the competition needed more time only for Mr Lowry to announce ESAT as the winner two days later.

He had initially refused to testify without a legal indemnity but agreed to travel to Dublin in after Denis O'Brien provided the indemnity.

This followed the tribunal’s preliminary findings in November 2008 in which Mr O’Brien says the tribunal made negative findings against him.

Mr O’Brien is taking a Supreme Court appeal after the High Court ruled that there was no appearance of bias in having former Minister Michael McDowell act for the tribunal.

He is also due to begin High Court action next week against the refusal of the Mr Justice Moriarty to allow questioning on allegations of bias in the inquiry. 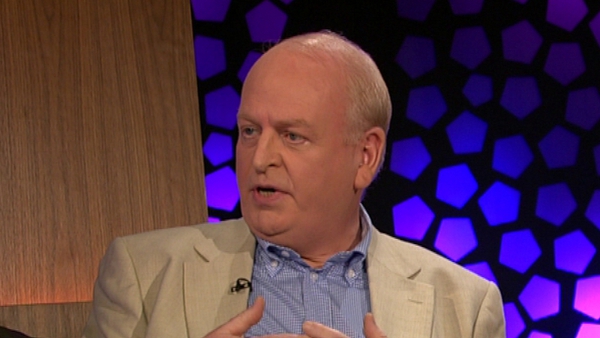