Mr Kennedy was charged with 16 counts of making corrupt payments to a number of former councillors, some of whom are now deceased.

He has been remanded in custody with consent to bail.

Mr Kennedy must also sign on every day at Donnybrook Garda station and must reside at the Dublin address given to gardaí today, which is the Four Seasons Hotel in Ballsbridge.

In applying for bail, lawyers for Mr Kennedy said he had no previous convictions and no previous charges and had met gardaí by arrangement today.

Gardaí had objected to bail for Mr Kennedy and told the court they have been trying to interview him since 2002 in relation to the charges.

Mr Gilbride is charged with receiving a corrupt payment at the office of lobbyist Frank Dunlop in 1992 in return for voting to rezone land at Carrickmines.

All four men denied the charges and have been granted bail.

The court was told that Mr Gilbride was arrested in Skerries this morning and charged. In reply to the charge he said 'not guilty'.

All five men are due before the court again on 28 October.

In objecting to bail, gardaí also told the court that Mr Kennedy had no permanent connections with Ireland and had not lived here since the 1990s.

They said he was not an Irish citizen and that he had renounced citizenship in 2002.

The court was told he holds a British passport and previously held an Isle of Man Passport.

Gardaí said that while in custody Mr Kennedy said he had connections with Switzerland, the Canary Islands, Spain and the Isle of Man. 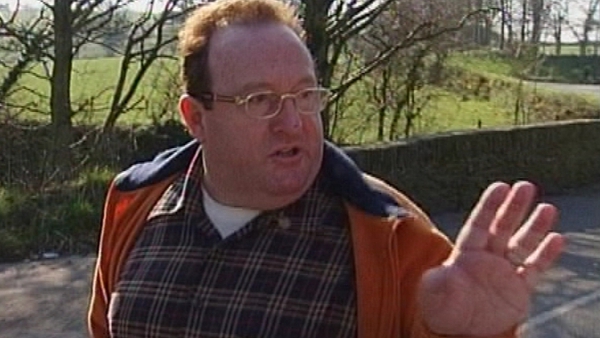