Cardinal Seán Brady has welcomed the statement by abuse victim Marie Collins that she is willing to meet the senior churchman who Pope Benedict XVI has asked to investigate the Catholic Church's handling of abuse in the Archdiocese of Dublin.

Marie Collins, who was abused as a child by a priest of the Dublin Archdiocese, said earlier today she would meet Cardinal Seán O'Malley of Boston if she was invited to.

Ms Collins criticised the overwhelming majority of Irish bishops for failing to hold official listening sessions with victims of their own diocesan clergy.

She said the exception was Archbishop Diarmuid Martin, who, following public protests, met a group of Dublin victims before the hierarchy met Pope Benedict in February.

Another prominent abuse survivor, Colm O'Gorman, has said he would be prepared to meet with the church investigators.

Mr O’Gorman said a meeting with the investigators would be an opportunity to challenge what he called Rome's ‘deceit’.

Speaking to RTÉ news in Dublin Airport on his arrival from Rome, Dr Brady said he was sorry to hear that another prominent victim, Andrew Madden, had rejected the forthcoming visit by senior churchmen to meet victims and their families as nothing more than window-dressing.

The Cardinal said he hoped that in time, people would see that the visit was a genuine attempt to promote the renewal of trust on the part of those who, as he put it, had been ‘so cruelly abused’. 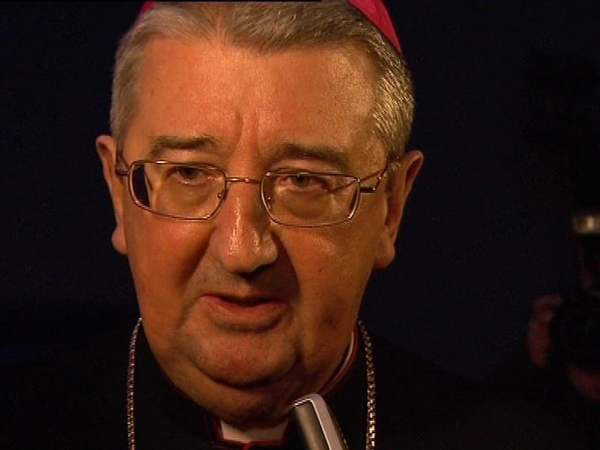 Martin 'disheartened' by response to abuse