The Government has said it has always made it clear that the corporation tax rate will remain at 12.5% as set out in the Programme for Government.

The statement follows a warning by the American Chamber of Commerce in Ireland against any moves that would impact on continued or new investment by multinationals here.

Earlier, the EU Commissioner for Economic and Monetary Affairs, Olli Rehn said it was a ‘fact of life’ that Ireland would no longer be a low tax economy over the next ten years.

He was responding to a question at the informal meeting of finance ministers in Brussels on whether Ireland's low rate of corporation tax should be included in any moves to increase tax revenues in Ireland in order to bring the deficit down to 3% by 2013.

He said he did not want to take any precise stand on the matter since it was a matter for the Irish Government.

However, he 'didn't rule out any option' since we know that 'Ireland in the coming decade will not be a low tax country, but it will rather become a normal tax country in the European context.'

Meanwhile, UCD economist Colm McCarthy said the Government will have to look at expenditure cuts and raising revenue over the coming years as part of its fiscal planning.

He told RTÉ the Government could expand the tax base, by including water and residential property taxes, and said there are quite a few things in his 'Bord Snip' report that could be revisited.

He also suggested that large capital projects, such as Metro North, may have to be deferred.

Mr McCarthy said that if we do not take measures now to reassure international financial markets, we will pay over the odds for borrowing and could end up getting assistance from the International Monetary Fund or the European Financial Stability Facility.

Asked whether tough fiscal adjustment will depress the Irish economy further, he said ongoing uncertainty inhibits business confidence and investment but clarity has a stimulatory effect.

It emerged yesterday that the banks' bailout could cost the Irish taxpayer up to €50bn and that stricter annual budgets will be necessary to reduce the Exchequer deficit to the required 3% of Gross National Product.

Taoiseach Brian Cowen said the budgetary framework, which will be published at the start of November, would set out a credible pathway.

The European Commission and the European Central Bank will keep in close and regular contact with the Government over that plan.

This morning, the National Treasury Management Agency said that initial reaction from markets to the expected final cost of the bank bailout and the Government's commitment to stricter annual budgets over the next four years appeared positive.

Borrowing costs for Ireland continued to show signs of easing this morning.

The interest charged on ten-year bonds has fallen to 6.46%, compared to around 6.56% late yesterday afternoon.

Meanwhile, the margin difference between the interest rate demanded for Irish borrowings over German borrowings continues to narrow.

This morning, the margin was just under 4%, compared to more than 4.5% last week.

Elsewhere, Northern Ireland's Enterprise Minister Arlene Foster has said a 'close eye' will be kept on financial developments in the Republic, so that the Northern Irish economy can be 'ready' for any knock-on effects.

Ms Foster was speaking at the announcement today that US-owned company ATG is doubling its Belfast-based workforce.

The global IT company is creating 50 high-end positions in software development. ATG already employs over 60 people at its city centre offices.

Welcoming news of the company's expansion this afternoon, Minister Foster said Northern Ireland’s economy ‘did not operate in a vacuum’ and that the fall-out from problems in the Republic would need to be assessed in that context. 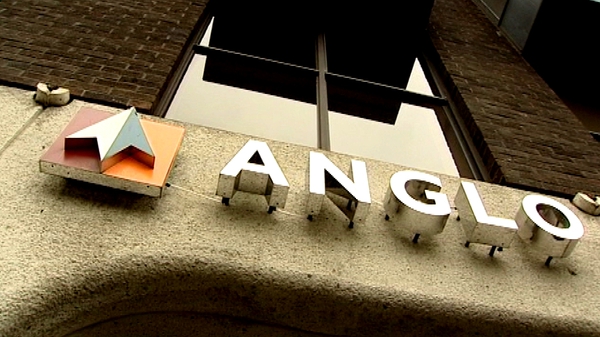